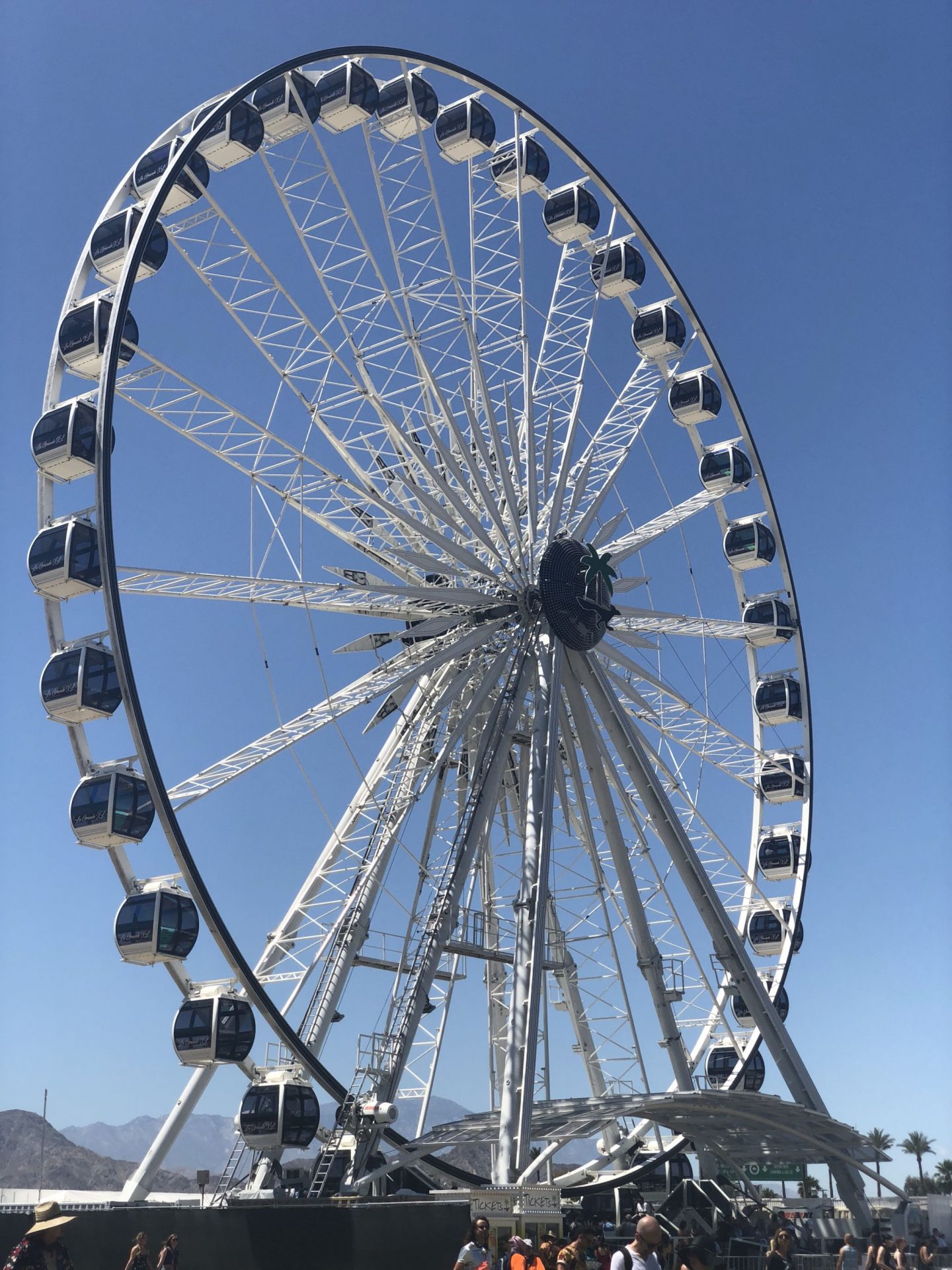 Hi There beautfiul people! I just got back from an amazing weekend at Coachella 2018 and I cannot wait to start sharing some of my highlights from the trip with

A weekend filled with music-lovers from all over the world, dressed in the most festive fashions, all while showing the world what it means Live.LoveLife! Currently working on two other Coachella Blog Posts; ‘Coachella Hacks and Tips’ and ‘Coachella Fashion’! This post, I just want to share all of my favorite highlights from the weekend while it’s fresh! Part of it is that I want to relive it and blogging about it cures that craving!

The entire founding and point of Coachella is the music and entertainment. I definitely enjoyed watching Queen Bey at Beychella cannot lie! However, there were a TON of other artists that I equally enjoyed including Jidenna, Sza, Migos, and of course Cardi B! The great thing about Coachella though is that you get to listen to so many other bands, artists, and DJ’s that are outside of your norm music choices. I sat through Kygo’s set at Coachella and he had an amazing performance and even brought out Ariana Grande!

As with any festival I’m honestly going 50% for the food that I get to indulge in! I’m THAT ONE girl that brings a couple hundred dollars to a fair simply for the food -_- (it’s a serious problem yall!). Well the food at Coachella did not disappoint me at all. 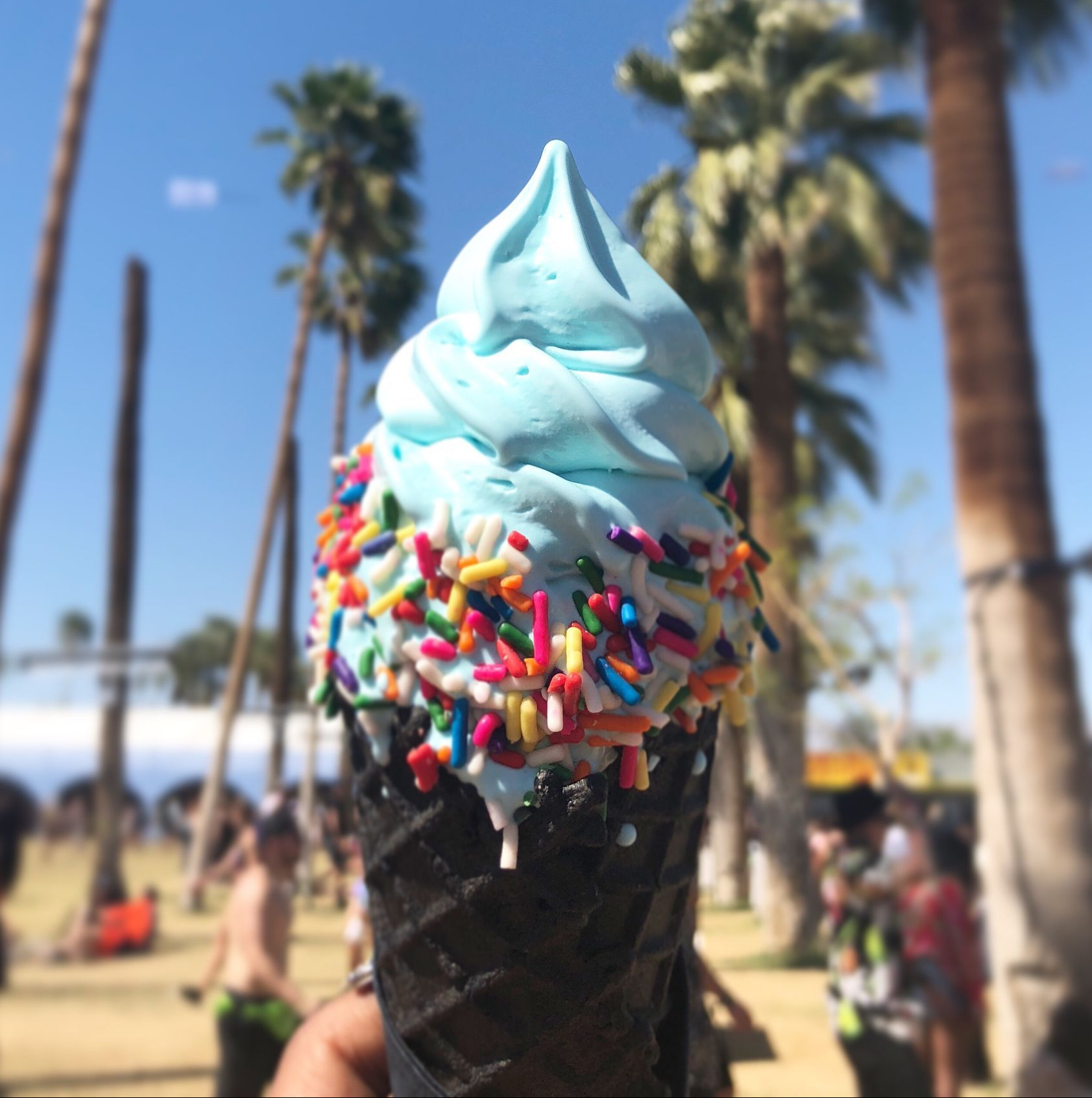 It was challenging to eat during the day because it was just sooooo hot and dusty that most days I didn’t eat a full meal until almost 6/7 pm when the temperature dropped. Fortunately they have a TON of ice cream stands and smoothie stands to help keep you cool and energized for the heat. I think I ate ice cream like 2-3 times a day to maintain my cool and not starve to death! 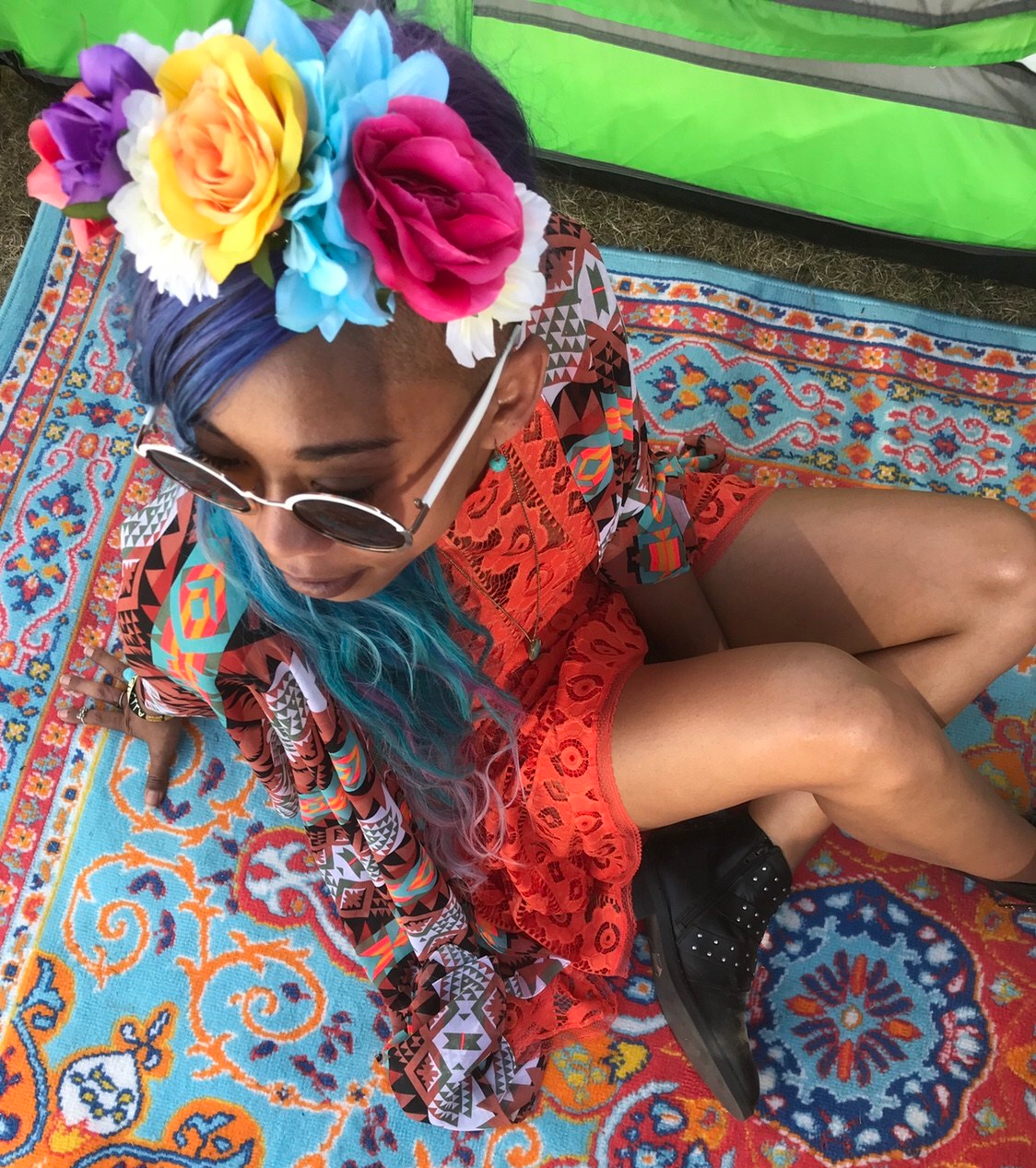 One of the reasons I really wanted to go to Coahcella in the first place was because of all the fun fashion styles! You see everything from mermaids, unicorns, cowgirls/boys, desert princesses (whatever that looks like), fairies, rocker-chicks, and I even saw a few people like f*ck it, I’m naked! Hey its 100F so I really can’t blame you.

It was so much fun to play dress up and of course the instagram-worthy art installs throughout Coachella make for a great photo! Outside of the actual ‘fashion’ at Coachella, I saw some talented festival make-up! On both men and women! I see y’all!

Unlike most of the world and society we live in, the party goers at Coachella are unbothered by social norms and I.Just.Love.It.

HINT! will have a blog post linking all my Chella-Style soon! 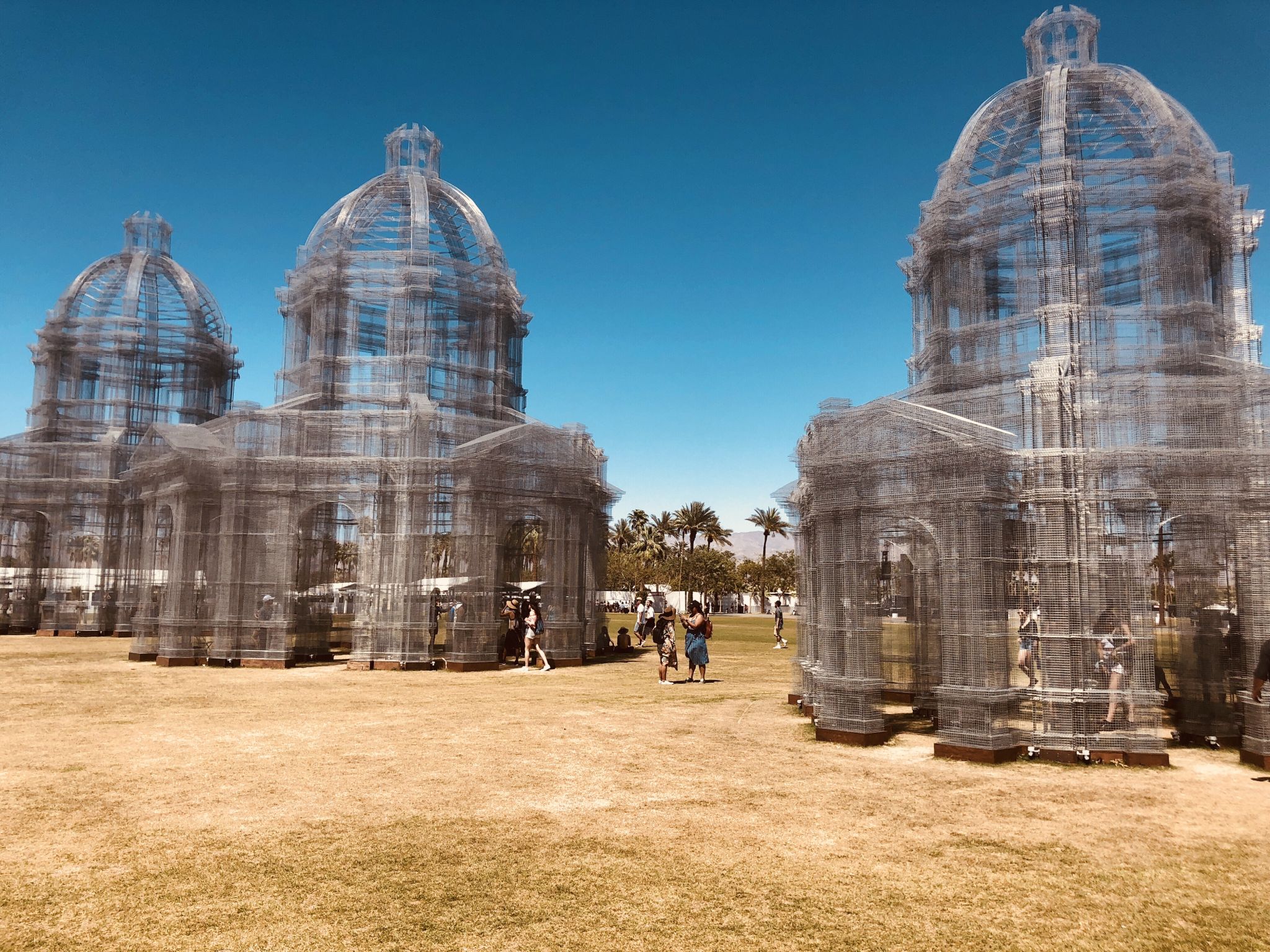 Soooooo I’m not sure who Coachella reaches out to for their art installations but let me just say two words….HASHTAG GOALS! I’m not sure what the theme was because it was kind of all over the place but I actually think that’s what makes it unique and quirky!

They had everything from Roman Catholic Catheral-like structures as well as an airplane crashing down on Coachella’s field to a starship and star all within about 20-50 feet of each other! It almost looked a disney fairytale and a sci-fi movie made a baby and named it Coachella Art Install lol

My favorite part about Coachella would have to be the VIBES! I haven’t been anywhere since college (in Santa Cruz where life is very live.lovelife-y) that gave me such great vibes! You’re in a place where nearly all 100,000 people just want to have a good time and Live.LoveLife! It’s probably the single most healthy thing I’ve done for myself mentally in the last 5 years! I feel like I just got a whole mental makeover! 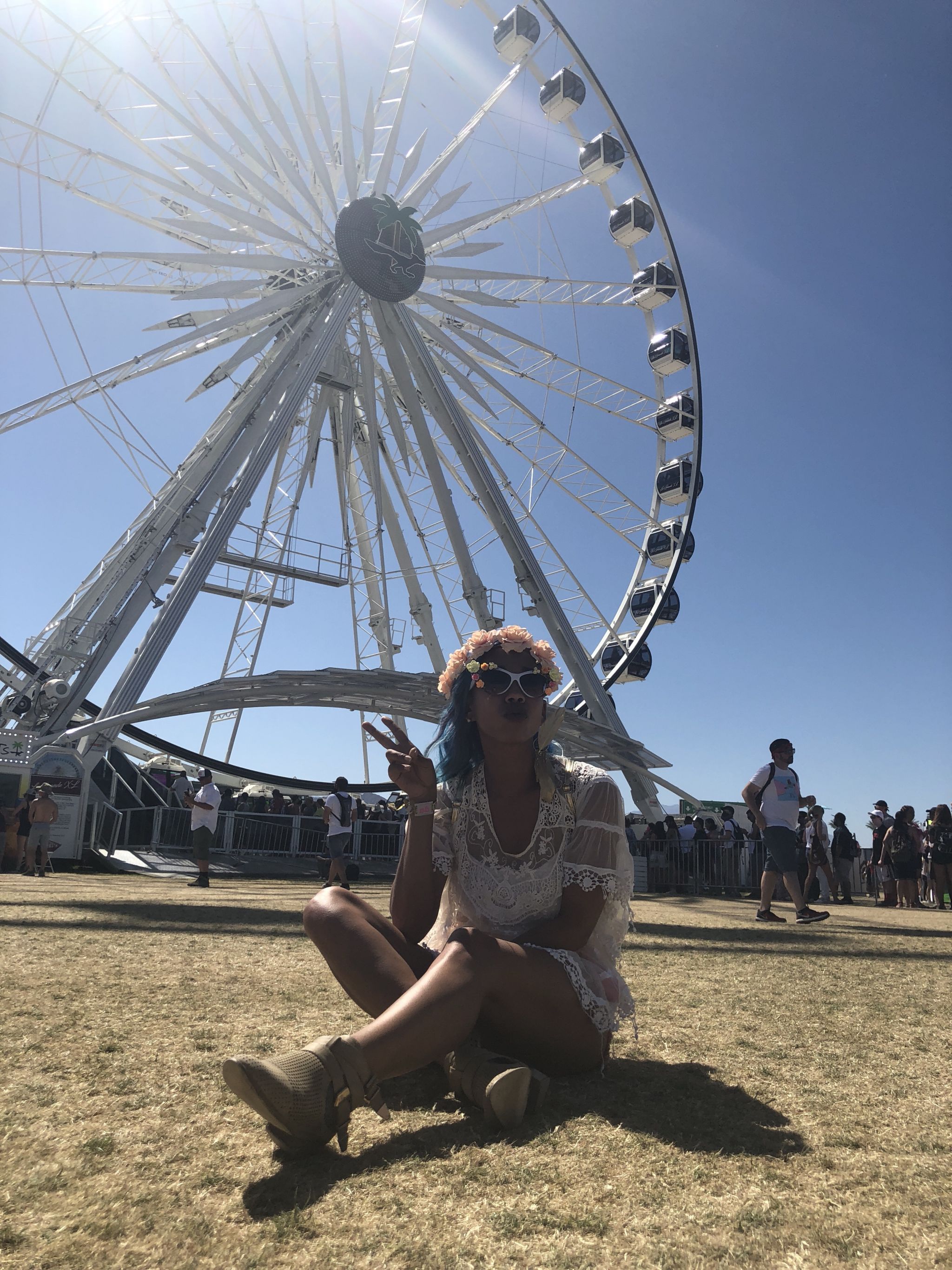