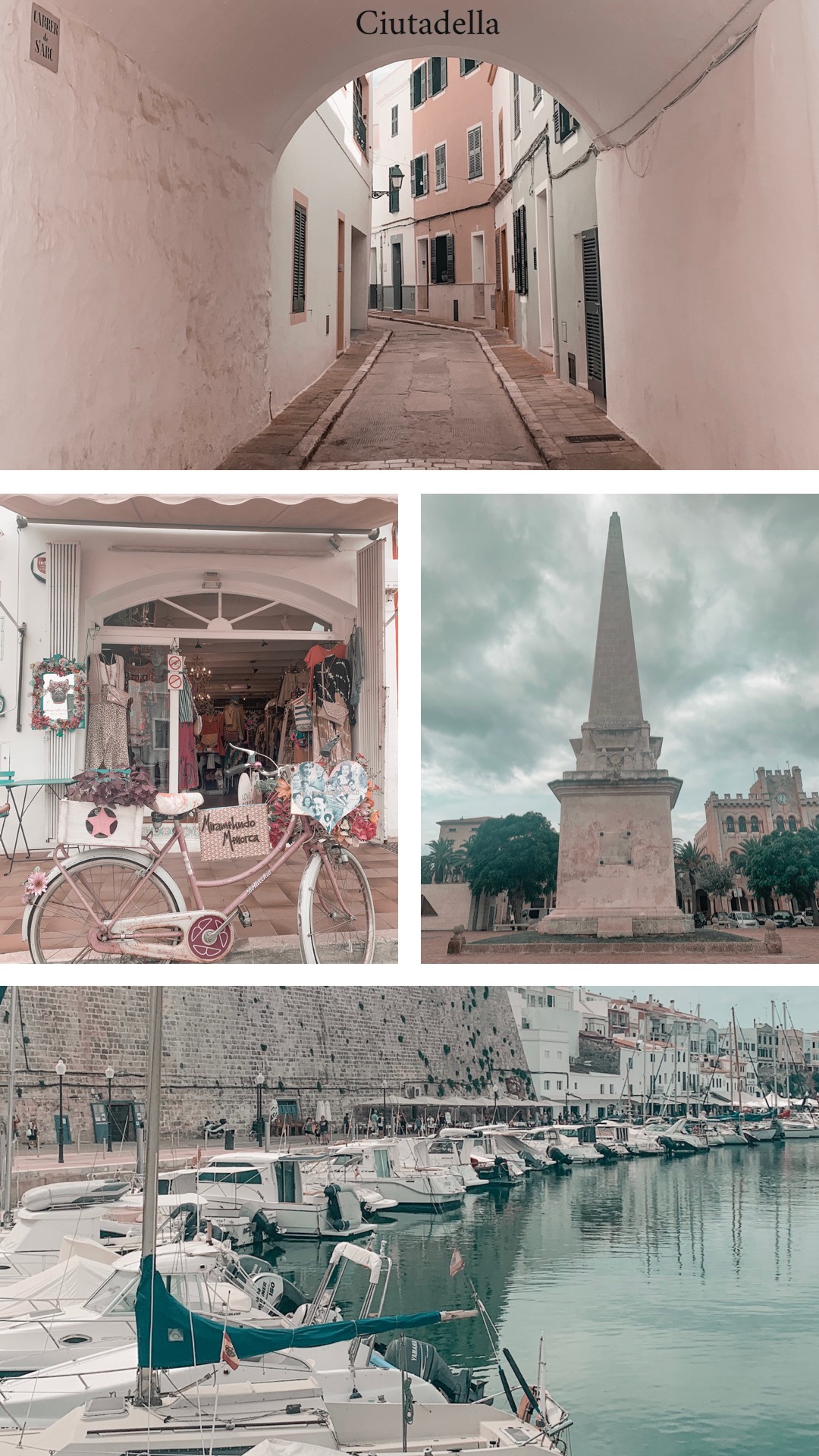 Hey There! I hope you’ve been enjoying the 25 Days of Holiday on the blog and I hope you guys also enjoyed my Barcelona and Beyond blog post! I wanted to take a break from the outfits and looks and share some holiday cheer in other forms…the holiday season is actually one of the most popular times in the year for families and people in general to travel so this post is totally fitting.

I want to continue my Spain blog in the order that we traveled….so fittingly enough, Menorca is the next stop! Depending how long you’re in Spain, I recommend making a stop in one of the three Balearic Islands off the coast of Spain. Ibiza, the party island. Mallorca, mix of adventure, relax, and party and a much better known island. Then there is the tiny island of Menorca which many people have never heard of, which made it perfect for us!

We were in Barcelona for 4.5 days and flew to Menorca for 3 days before starting our road trip (can’t wait to dive into that blog ^_^ ) which was honestly a great way to relax and shift to a slower pace following a hectic itinerary in Barcelona (we pretty much were on the move all day and most of the night!).

Our Stay at Villas Binibeca was absolutely magical…it’s located in the Binibeca area of Menorca which has enough amenities and restaurants for a 2-3 day vacay but is perfectly tucked away and secluded and almost feels like you’re on a private island. We also went in September which is shoulder season so the crowds were not as high as the summer months…just an FYI.

Some of our favorite beaches to explore were the two that were within walking distance to our villa and Son Bou. We rented a car which I highly recommend because taxis are limited and can be somewhat difficult to find depending on the time of day. Son Bou was about an hour from Binibeca but a super easy and smooth ride in our rental…Son Bou was a bit more commercialized but it wasn’t too crowded either. They had chairs for rent and restaurants on the beach so it made for the perfect day trip! Miles of beautiful white sandy beaches.

Rent a car and tour the island…..if you’re going to be in Menorca for 2-3 days (or longer) then I would recommend renting a car and maybe even spending a day taking a drive around the island and making a few stops along the way….including Son Bou and the main city, Ciutadella. There are also a ton of small private beaches all over the island so open Google Maps and get off the beaten path!

We spent a half day exploring around the City of Ciutadella. Like every Spanish city they had a castillo located on the edge of the island and a great view point. There’s a big marina in the city and you can charter a boat to take a fun day trip over to Mallorca…its less than a one hour boat ride. 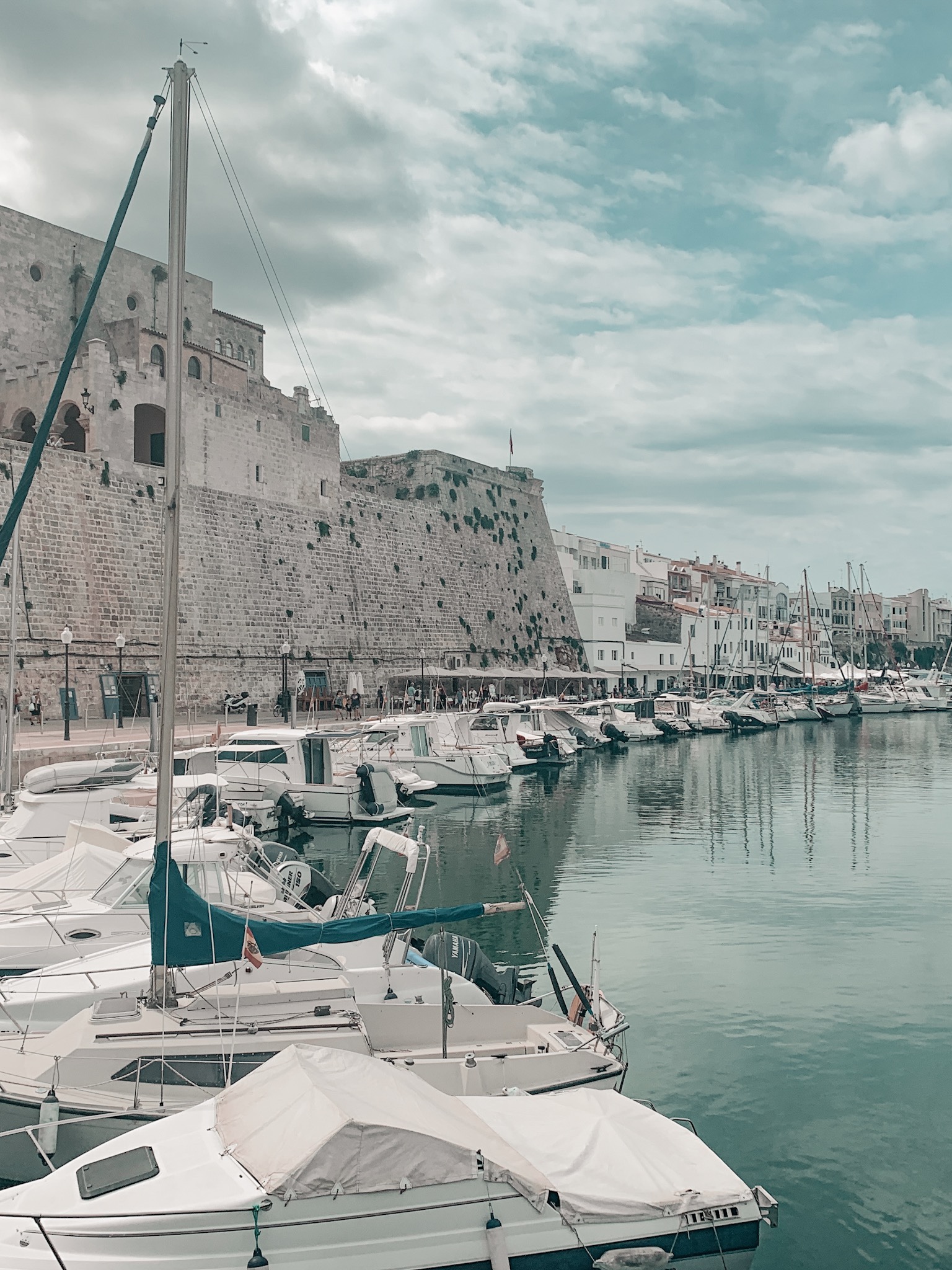 Get lost and walk around the downtown and plaza area. Pick an alleyway and just get lost walking through the historic areas of the city. There are markers on the historic buildings and you can read up on the noble families and the different people who lived on the island in the last few hundred years…

If you’re looking for some nightlife then head over to Cova d’en Xoroi which is a bar/club/lounge that’s located in a cave and definitely worthwhile to check out. Keep in mind that Mallorca and Ibiza is the party scene in Spain’s islands so don’t set your expectations too high in Menorca for nightlife, its definitely a bit more of a “chill” island.

Rest and Relaxation is an activity amirite? Right! If there’s one thing we made sure to do in Menorca was get a ton of rest and reset our bodies. We had a one-week roadtrip planned out where some of the days were planned but we also had a lot of unplanned-wing it- and-see-what-happens- days planned….it was key to shake off the jetlag and Barcelona exhaustion.

……here’s a quick 70 second video of me exploring through Menorca. Hope you enjoy!