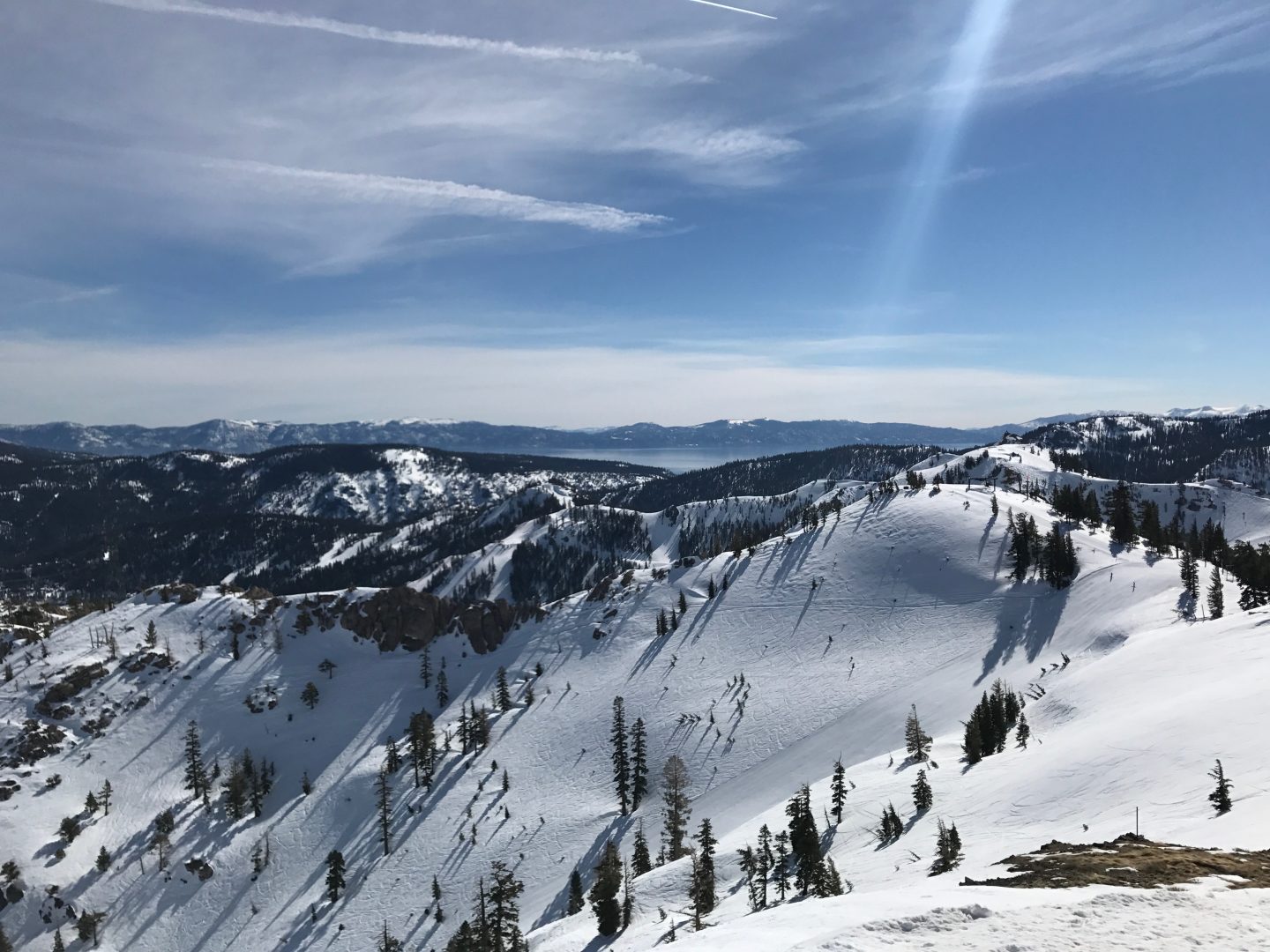 Hey There! I hope everyone is adjusting to the new time change well and no crazy, strange, or out of the ordinary things are happening to you. I recently spent a weekend checking out Squaw Valley to get some last minute snowboarding in before the season officially ends. I had been to Squaw in the past while friends and family have stayed overnight, but only had enough time to check village. This year we decided to go for the whole weekend and actually stay as visitors overnight, so I wanted to share a blog post with you all about Squaw from a first-timers perspective.

The Village at Squaw 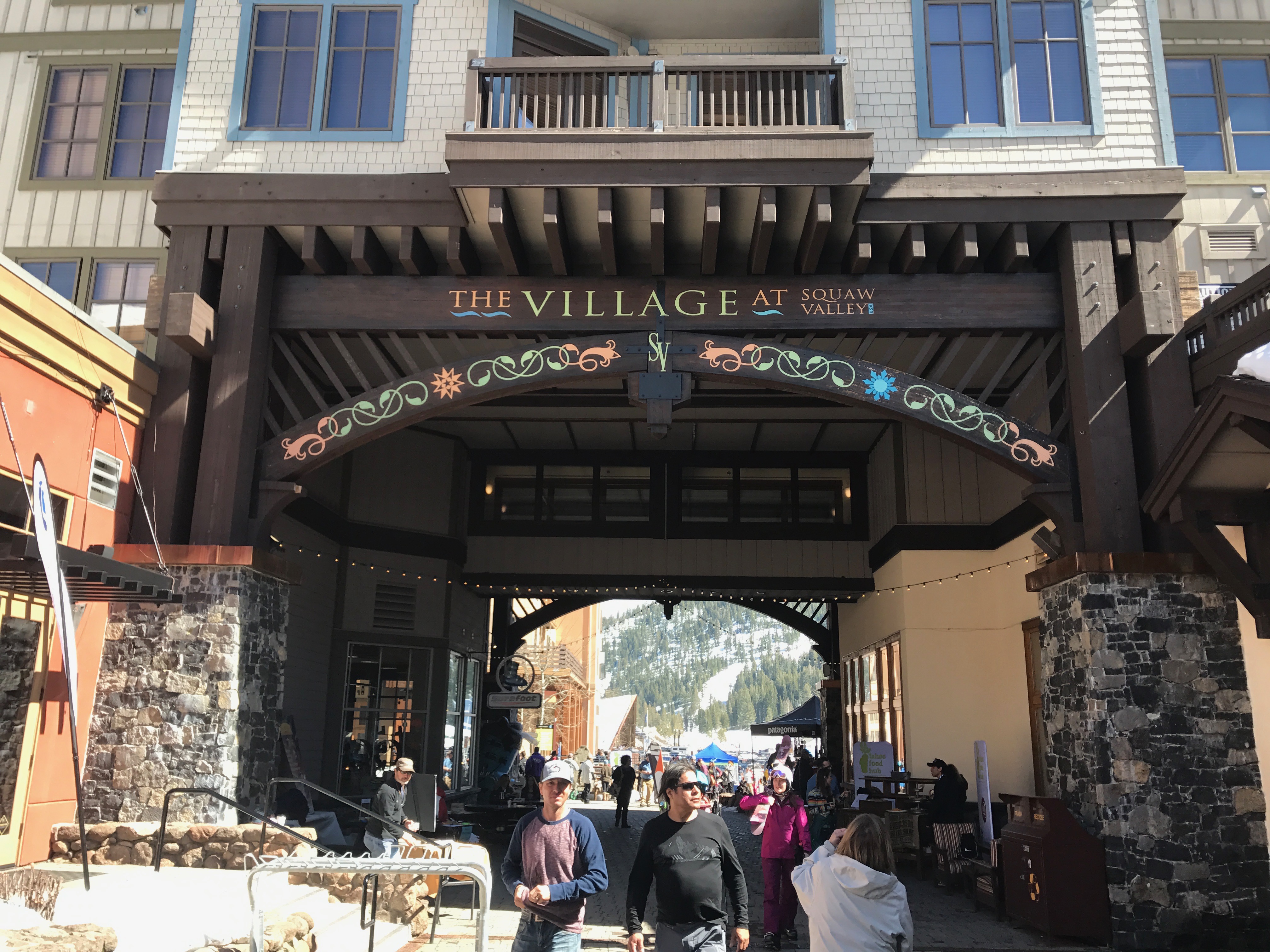 At the base of Squaw Valley is the Village at Squaw. The Village is an ultra cute quaint downtown-esque (that was a mouthful) area with several restaurants, cafes, boutiques, pet store, etc. The architecture and building designs that make up the village have a typical mountain-like feel with great rock structures and boulders that make up the building foundation. Basically, super cute. Being directly next to a ski resort there is an abundance of retail sport shops selling top of line snowboards, skis, gear, and accessories. There are also a few good eateries that offer live music outside for restaurant guests and passerbys. 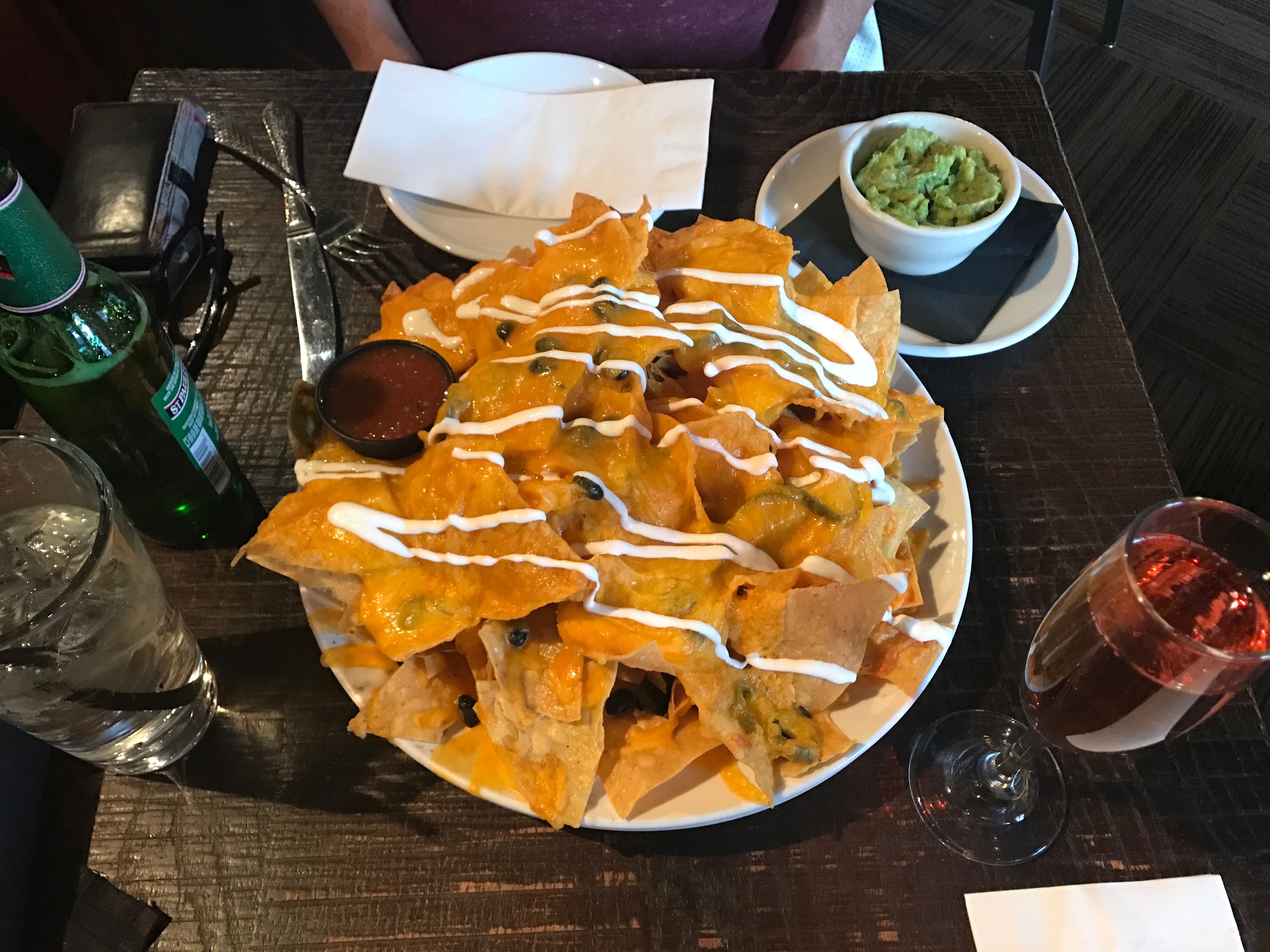 We chose to go to the Rocker @ Squaw  which is where the live music is often happening. They offer a variety of comfort type foods such as burgers, nachos, fish & chips, mac & cheese, etc. The first thing I noticed on 80% of the patrons table is an order of these nachos (pictured above), hence why we had to order them! 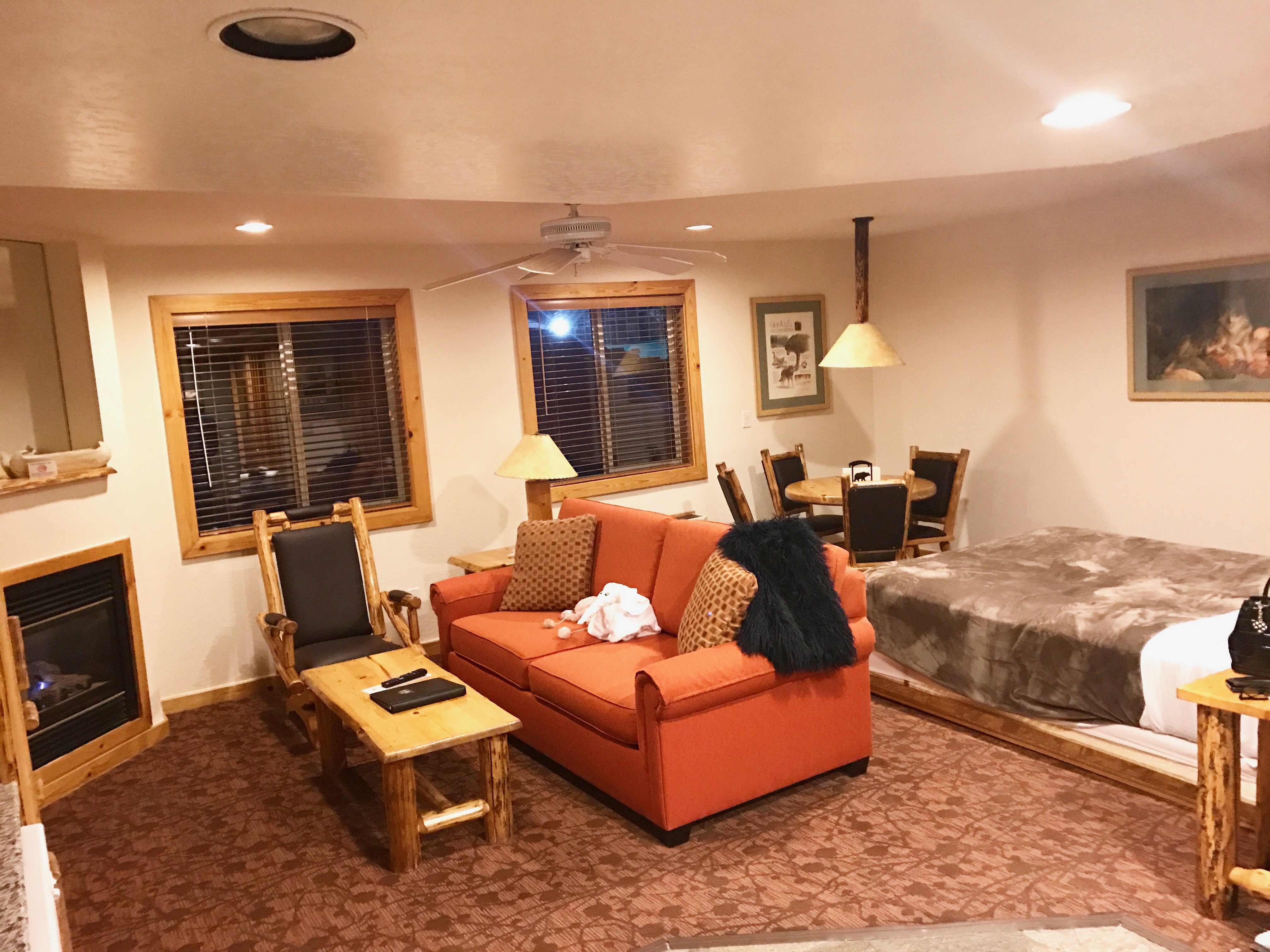 The best part about staying at Squaw is the convenience of walking outside of your lodge and you’re just steps away from the slopes. No need to wake up extra early to beat the morning crowd and find good parking. We stayed at Red Wolf Lodge which is steps away from the entrance of the Funitel (their Gondola). Not only are the lodges conveniently located to the slopes, but the rooms were pretty adorable. The room came equipped with a warm cozy fireplace, kitchen and living room area. Super spacious and perfect for just two of us. The bathroom also came with a jet-type bath tub which is perfect for a late night bubble bath thanks to Lather Fizz‘s products. 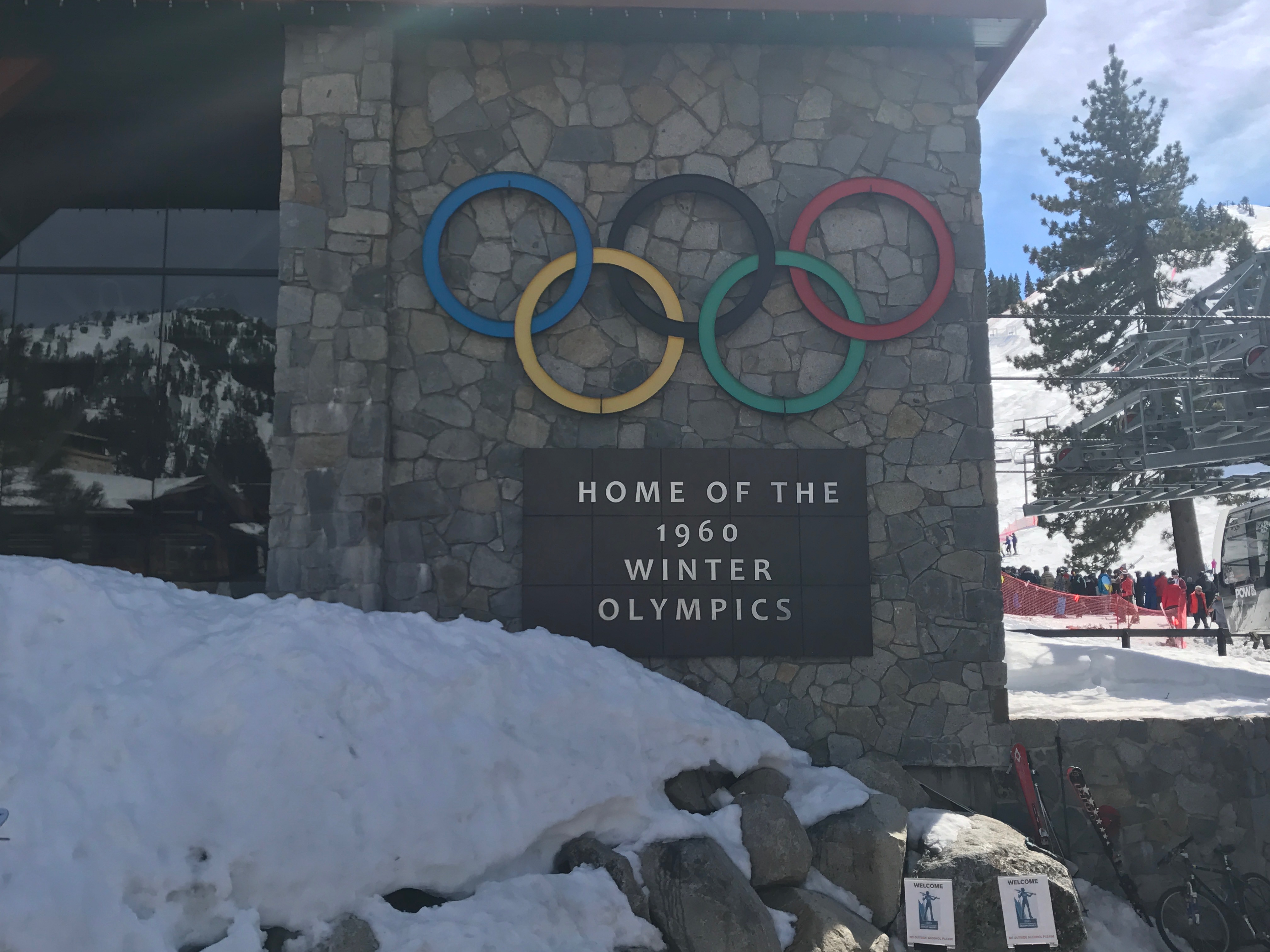 In case you were not aware, Squaw Valley is well known for being home of the VIII Winter Olympics in 1960. It was also the last Winter Olympics where all the competitors were housed and fed under the same roof (competitions are too large in scale now for this to happen). Because the Olympics were held there, the ski resort does a great job of displaying historical memorabilia of the Olympic competitors as well as photographs of some of the competitors arriving at Reno Airport in 1960. 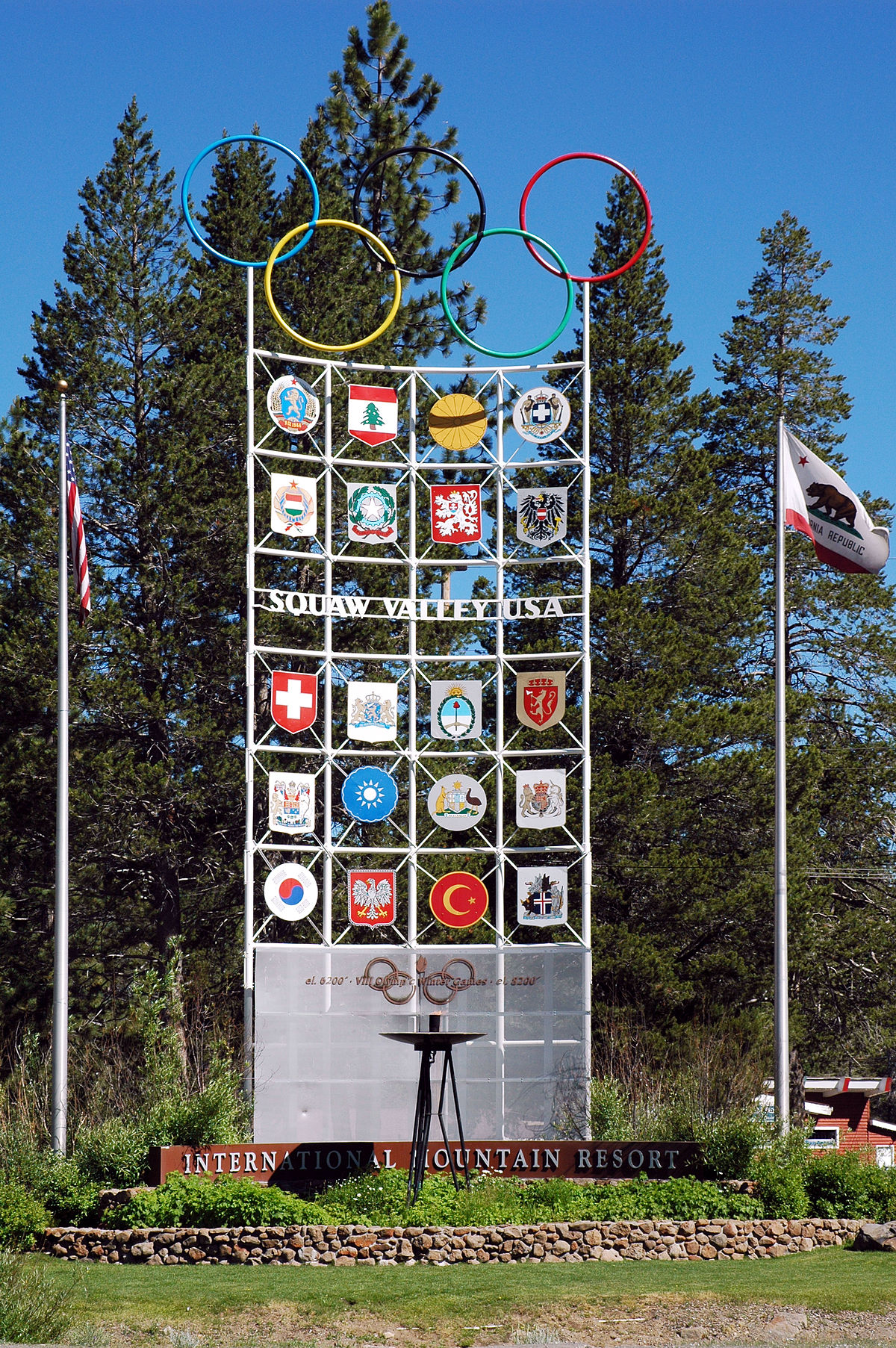 As standard to Olympic Locations the Olympic Torch and Fire still burn strongly at the entrance day to this day. Since I’ve never been to the actual Olympic Games just driving by and standing near the torch was a life experience in itself. I just stood there and imagined what this scenery must have looked like 50+ years ago. I’m sure it was much different back then from the Squaw Valley that I visited few weekends ago. 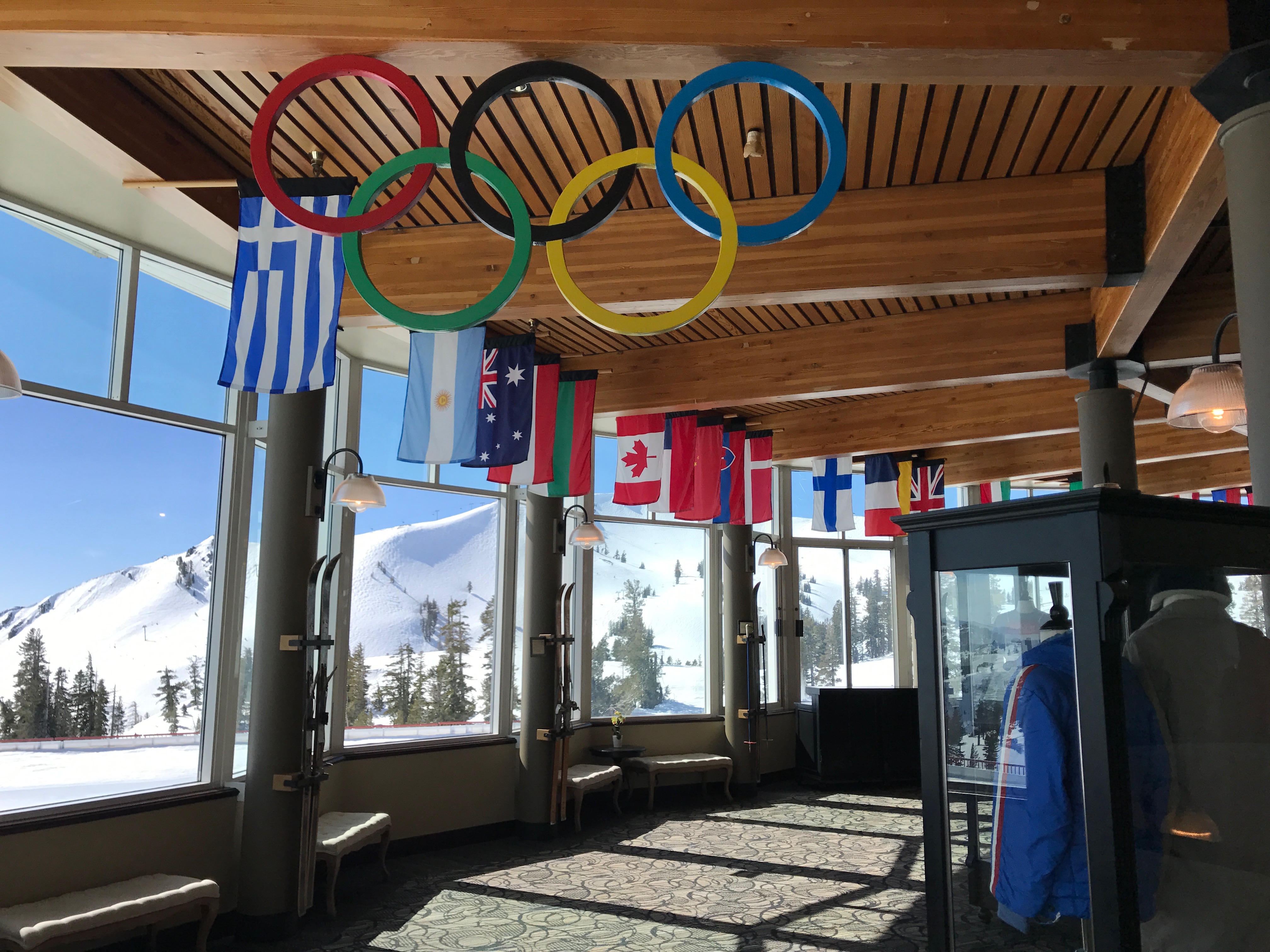 Squaw has a few cool perks at the very top, including a pool, hot tub, restaurant, and the Olympic Museum. I was really looking forward to see the Olympic Museum at the top, it is pretty small and almost all of the artifacts can be seen and reviewed in under 30 mins. The museum included uniforms, skis, photographs, and other memorabilia from the 1960 Olympics competitors. There were a pair of skis (the one furthest in the picture above) that were an international competitors skis who stuck around post-Olympics in the Tahoe. Apparently he ran out of funds and had to sell his skis to a local in the area for some extra money. Now they’ve been donated here! I love wacky stories like that! 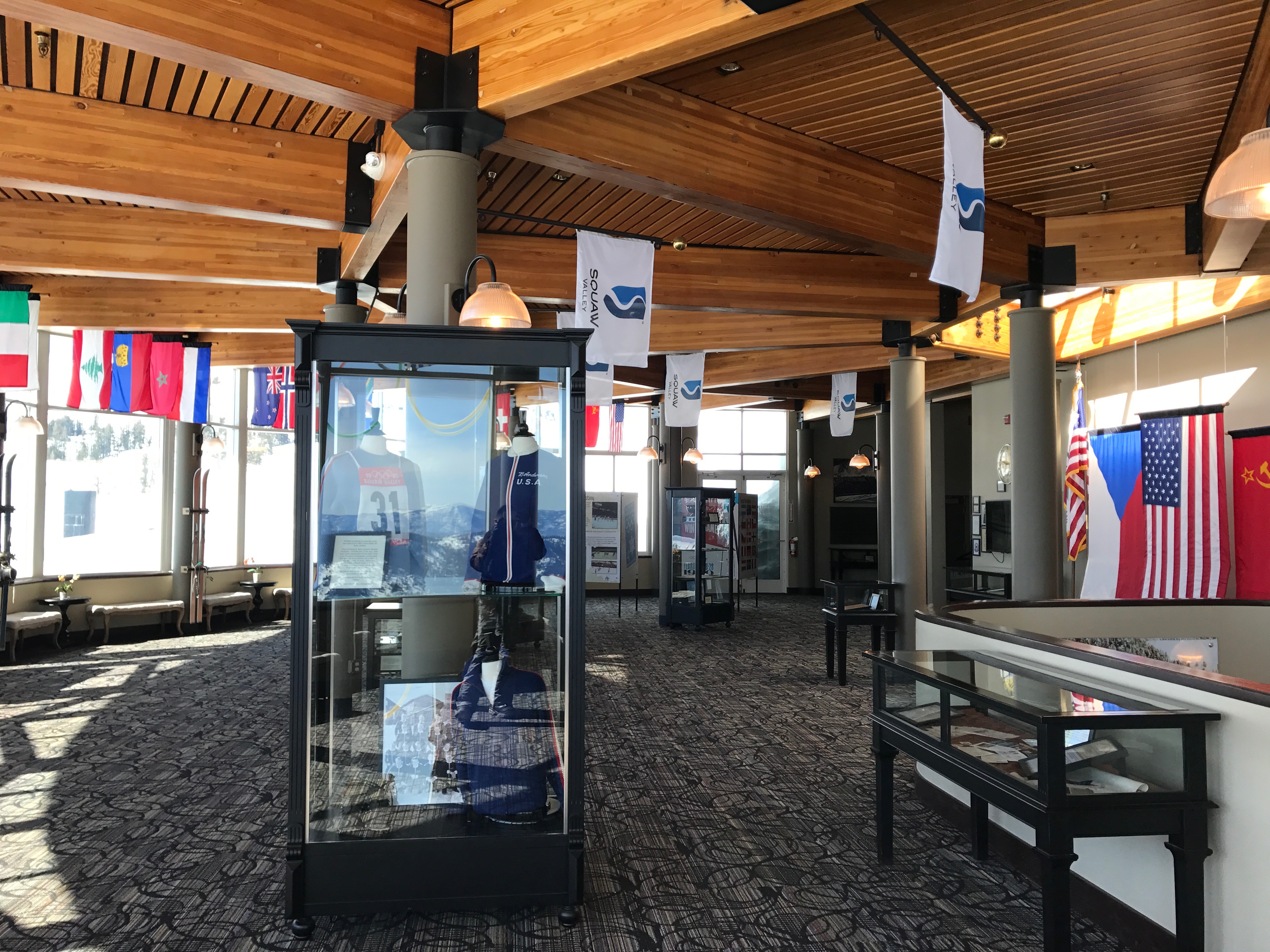 The museum is pretty small and almost the entirety of it is captured in the photo above. Apparently a lot of interesting things happened at this Olympics, including the first time that scoring was electronically recorded, giving the competitors their scores within minutes rather than hours. 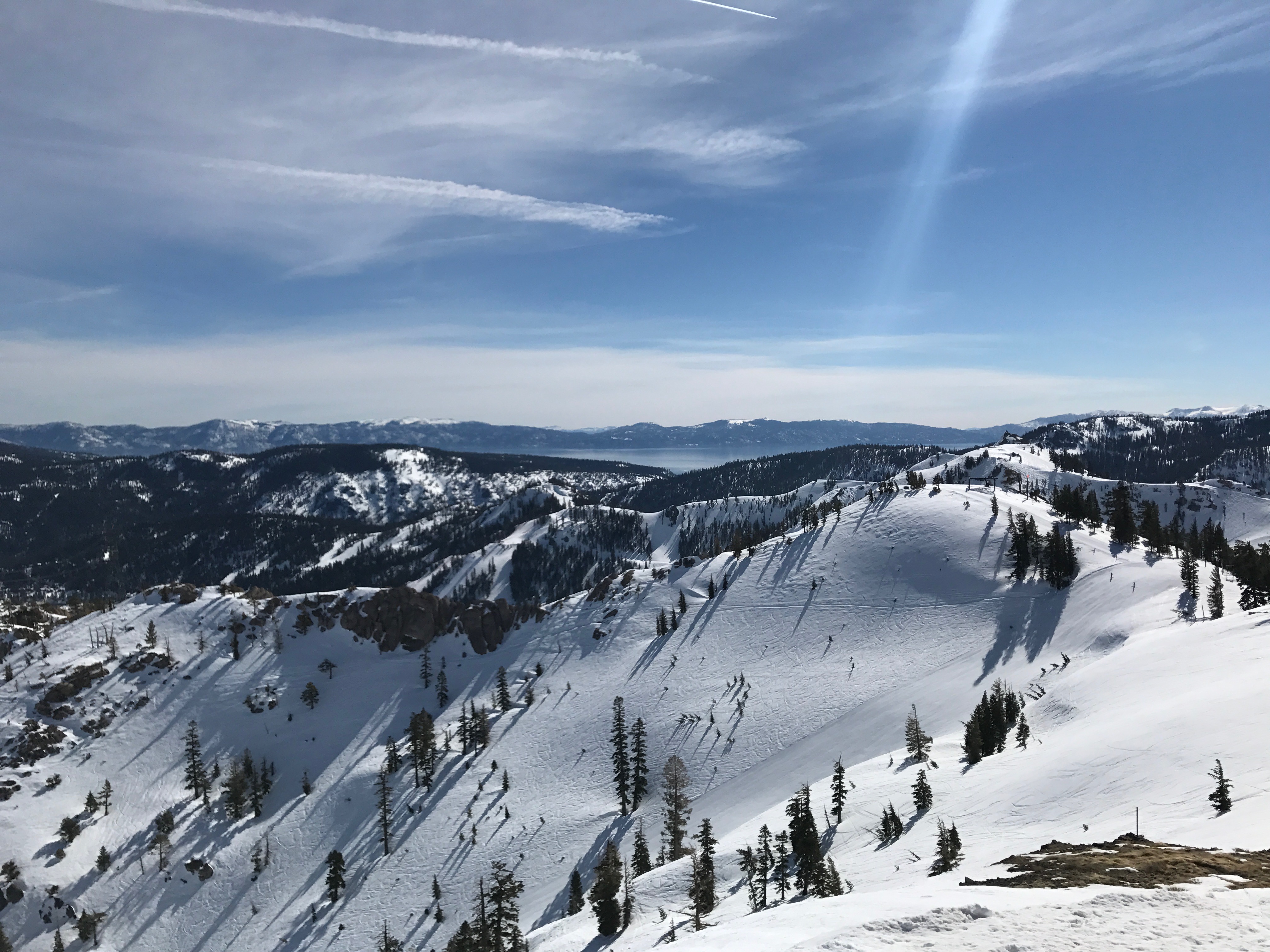 As an experienced-amateur, who frequently sticks to Sierra at Tahoe, Heavenly, and Dodge Ridge, I was not expecting the space and ease that Squaw offers to visitors. Like I stated earlier, the best thing about snowboarding or skiing at Squaw was having the ability walk right outside of your lodge and BOOM you’re ten steps from the Funitel (their version of a gondola). We went in early March and were there the same time as the Audi FIS Ski World Cup which ended up being pretty awesome. We were able to watch professional women skiers tackle what I considered the Death Hill (Red Dog) at lightning speed. I’ve included the ski map for your reference too. I love how big and spacious this resort was compared to how some of the others I’ve gone to in the past.

Squaw offers a variety of courses for all levels. Some of their blues can be more like blacks while some are more like hardish-greens. Definitely review the map (I’ve Shared a Very Detailed Map Here) and try to visually map out some options. We did all of the courses near High Camp (where the museum and restaurants are located) and made our way down several times taking different routes. One downside and something to keep in mind; the lift tickets at Squaw are nearly double compared to Sierra at Tahoe and Dodge. Our lift tickets were $159 each (I’m used to paying like $80-$85), but hopefully this blog post will convince you that I felt it was well worth it (it really was my favorite resort thus far). Happy Weekend!