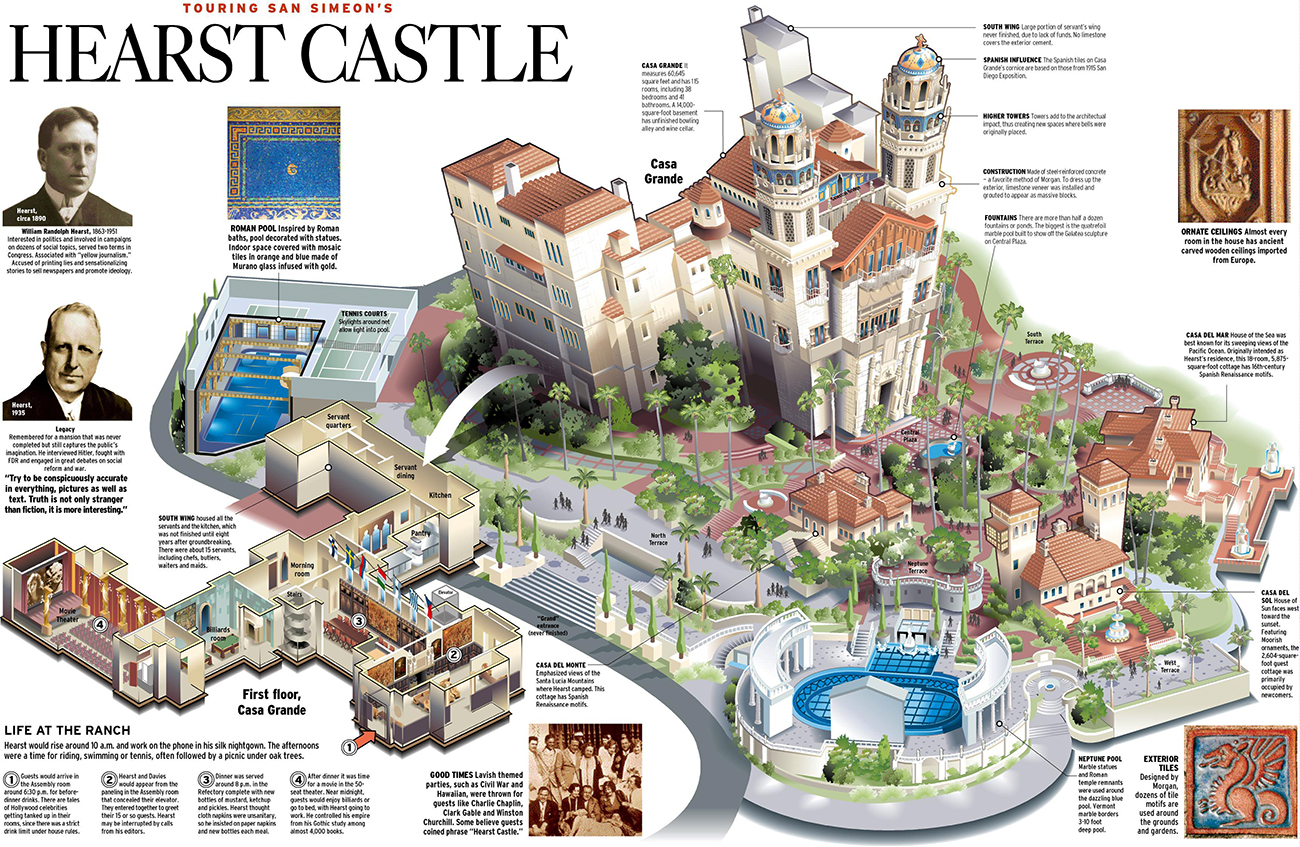 If you’re looking for a fun California day trip with some California State History, historical artifacts, views of coastline, and incredible scenery of the San Simeon Valley look no further than Hearst Castle. I’ve heard many great things of this place, but it took me until now to finally make the stop! 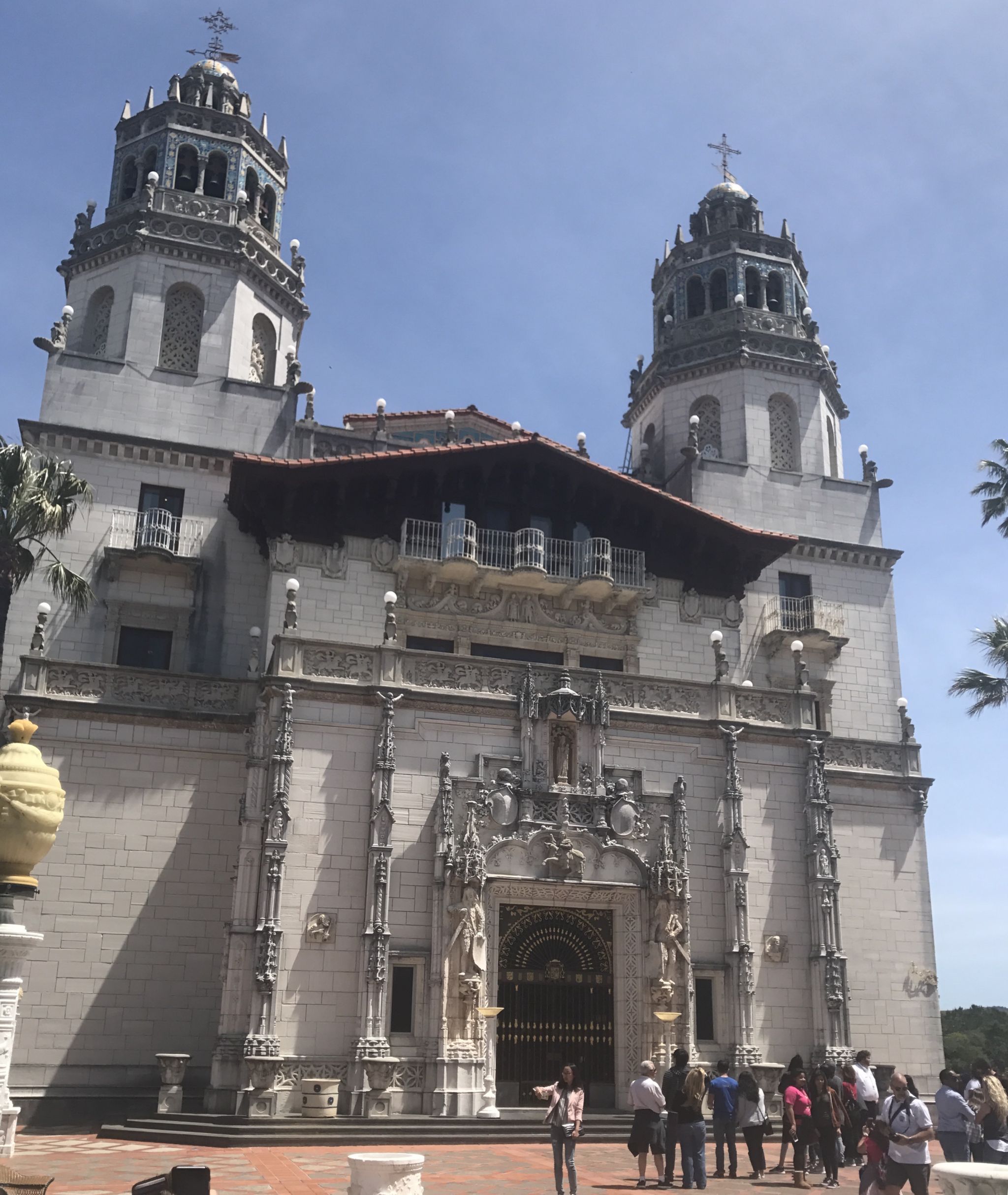 This summer (2017), I really want to focus on exploring more of my state, CALIFORNIA! There are soooo many places both close and far from the Bay Area that I have not been to yet, so this week I want to share my recent day trip to Hearst Castle. If you are an architect nerd, I think you would appreciate this property because money was of no concern to Mr. William Randall Hearst during the building of his grand estate (Casa Grande photographed above). There is also a significant amount of history here. Hearst was a collector of artifacts and his hard work changed the publishing world of his time and many publications exist today, including the San Francisco Examiner. 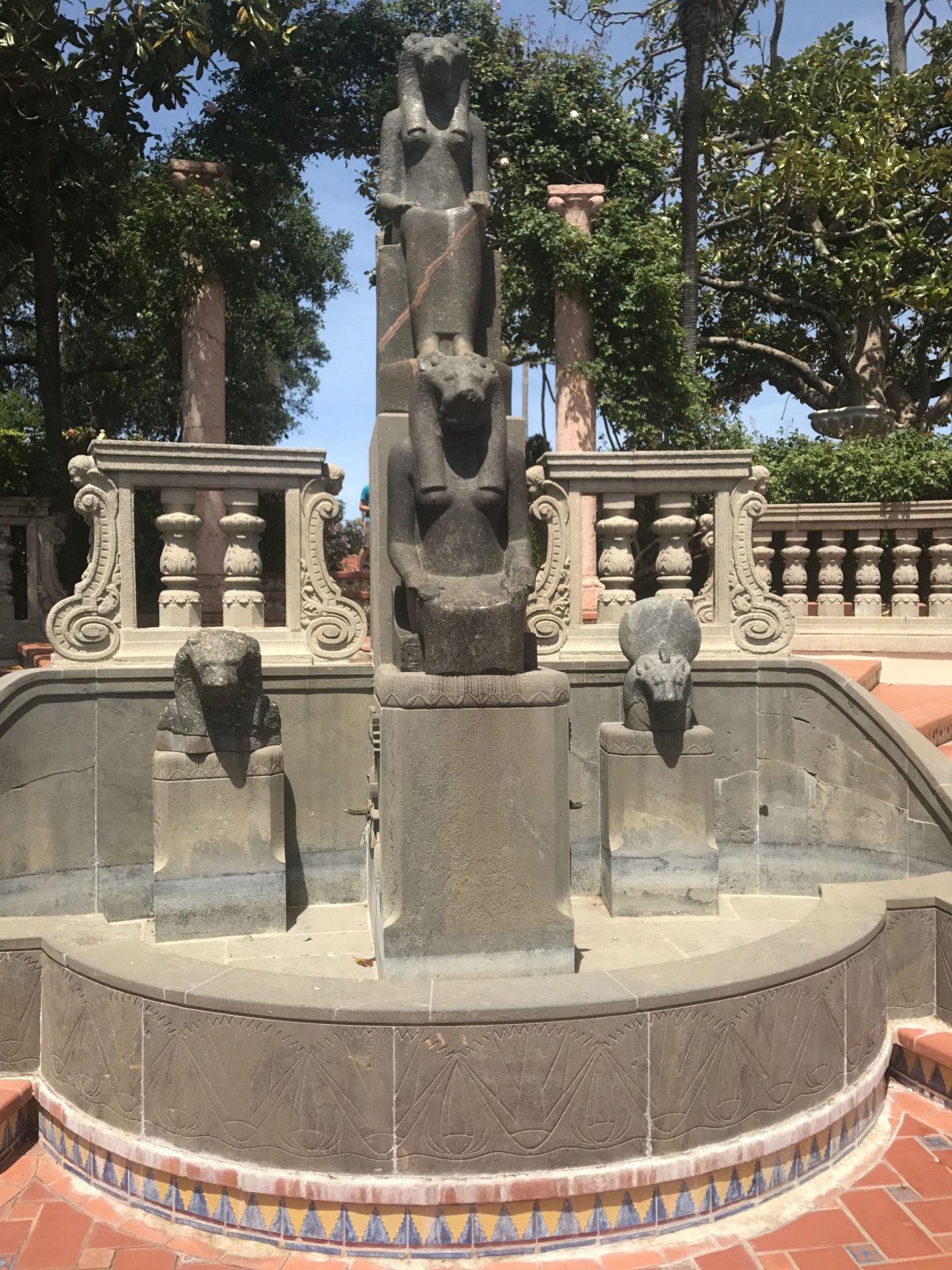 Hearst was an avid collector of his time. The photo above is a statue that dates back more than 3,000 years!! This figure represents the Goddess Sekhmet 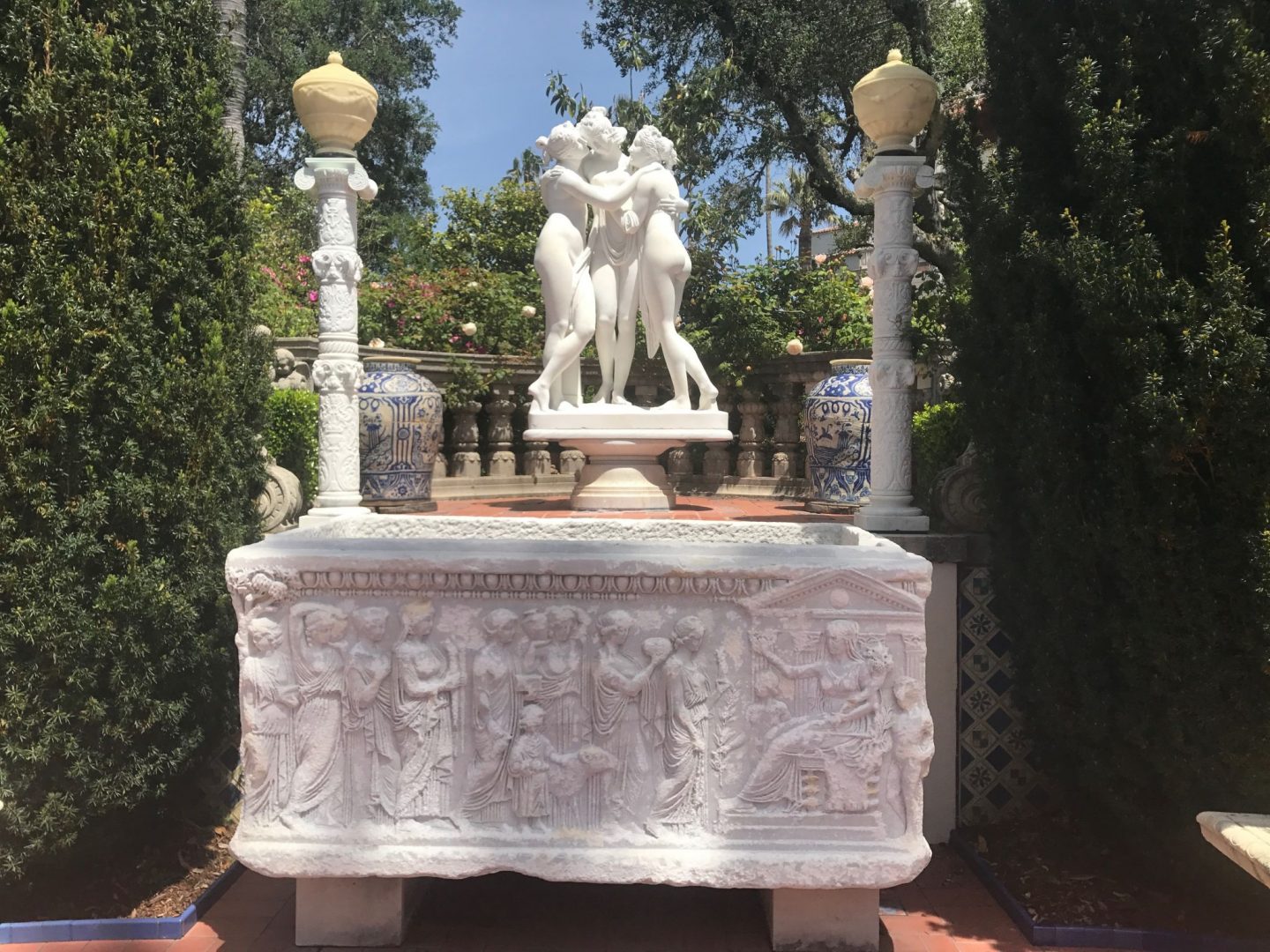 The statue above is of “The Three Graces” created by the famous Italian sculpture Antonio Canova in the early 1800’s. As you walk through the exterior of the castle I was unsure if we were in a modern Roman Garden or a natural history museum. 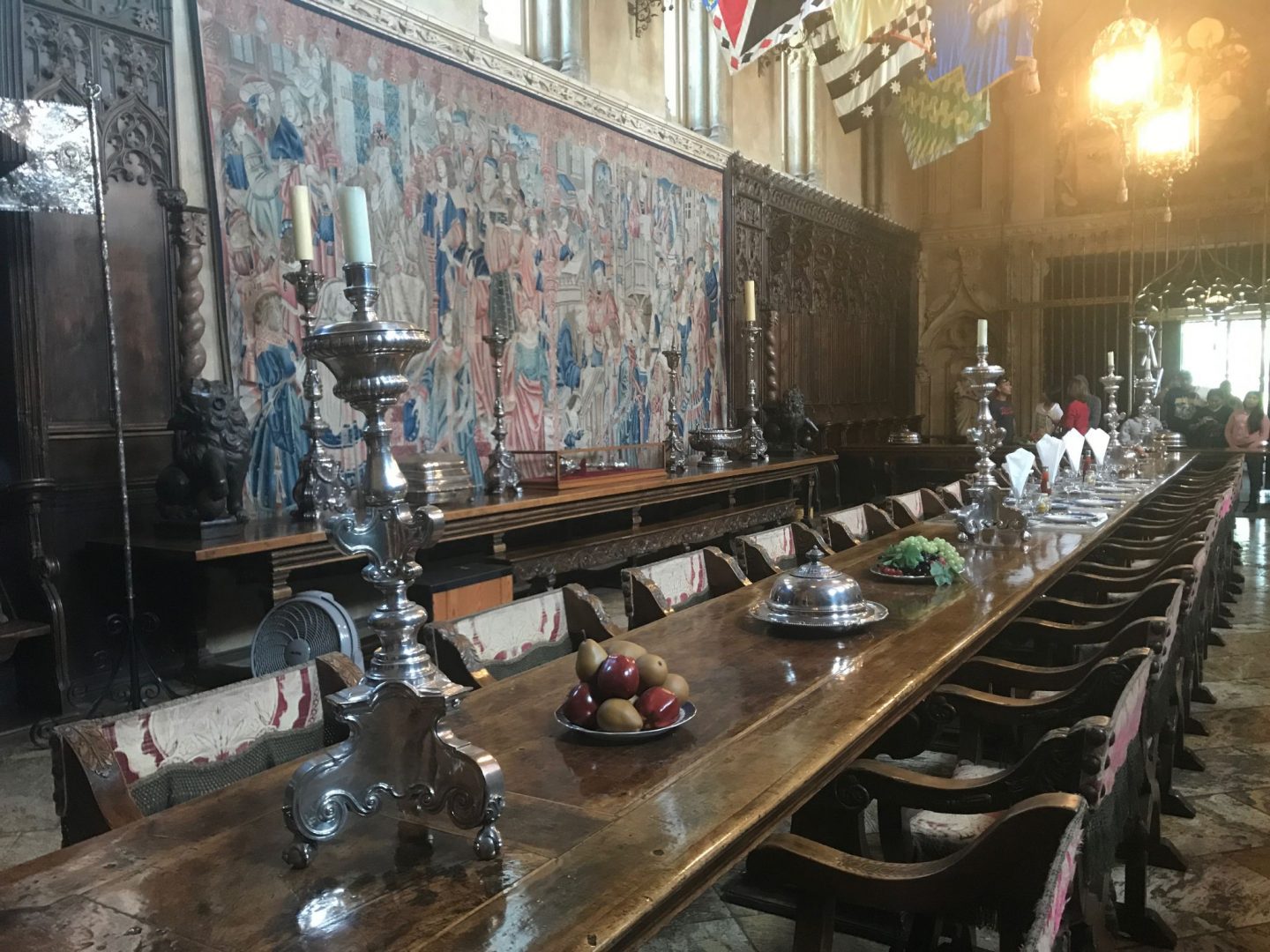 The grand dining room at the Hearst Castle where Mr. Hearst would entertain his guests for the evening. Rumor has it that the longer your stay, the further away from the middle their name card went, which usually indicated it was your time to leave. 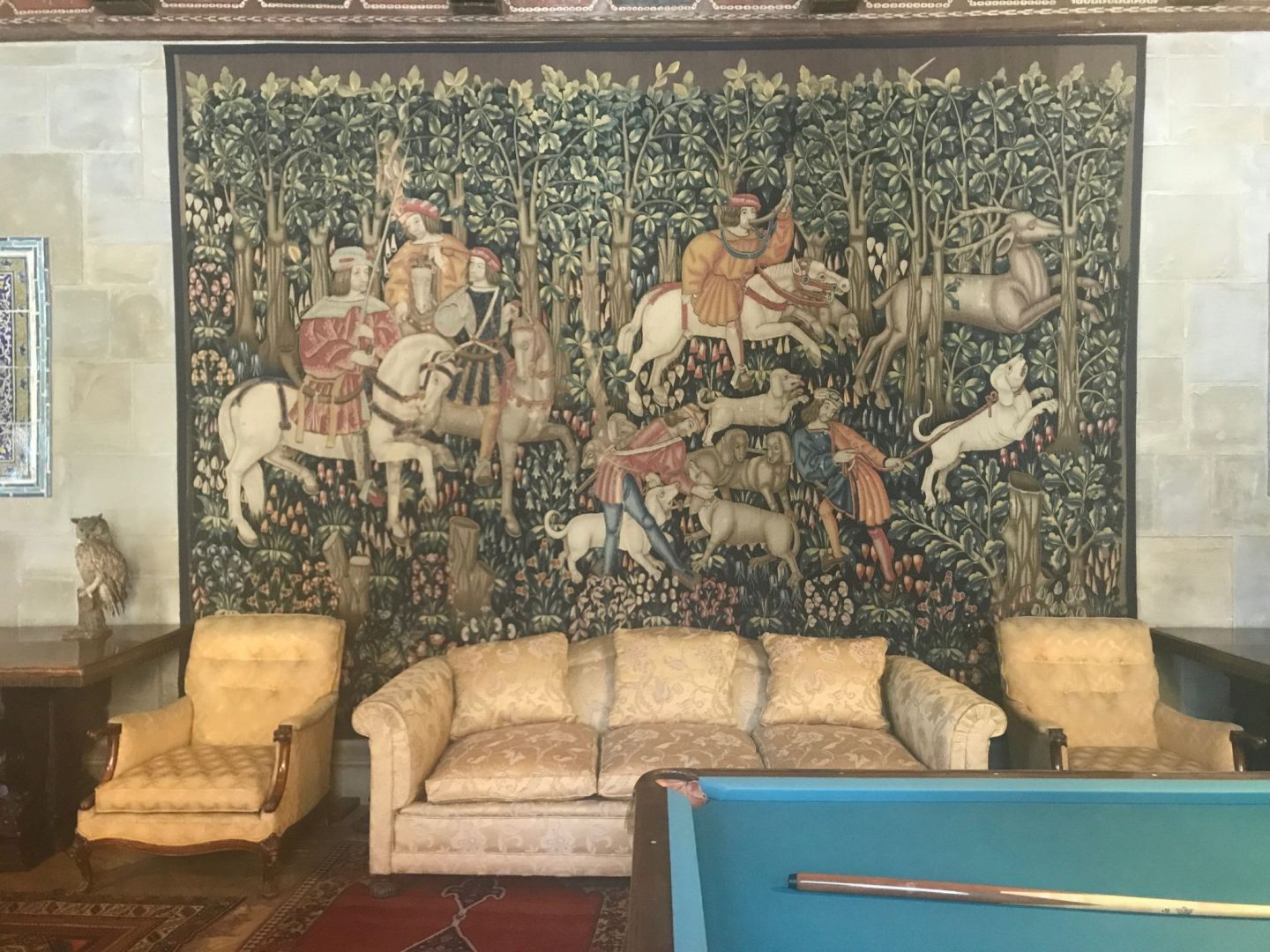 Hearst would entertain his guests in a variety of ways including his billiard room in Casa Grande. Again, this room was decorated in the finest Persian Rugs from all over the world as well as elaborate ceiling tiles hand-painted from Central and South America.

The Hearst Castle consists of the main house, Casa Grande, the “Grand Tour” only gives you a tour of the garden and the first floor. In addition, there are three guest houses (one pictured above and below). This would be where guests such as Charlie Chaplin, Winston Churchill, and other Hollywood Stars of the 1930’s would stay in these cottages. 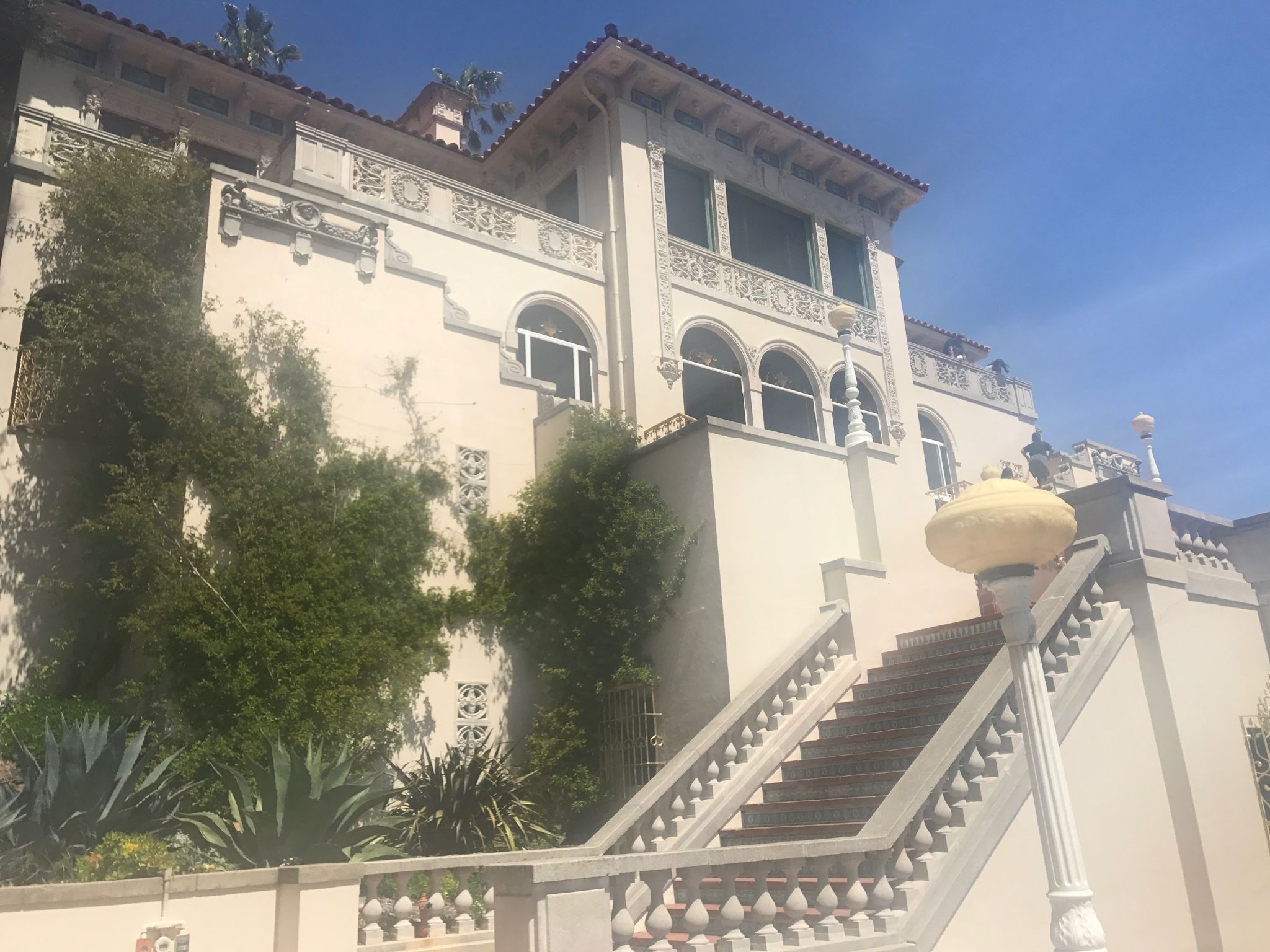 There are separate tours available at the Hearst Castle to provide you with a tour of the guest cottages which I cannot wait to do next time. 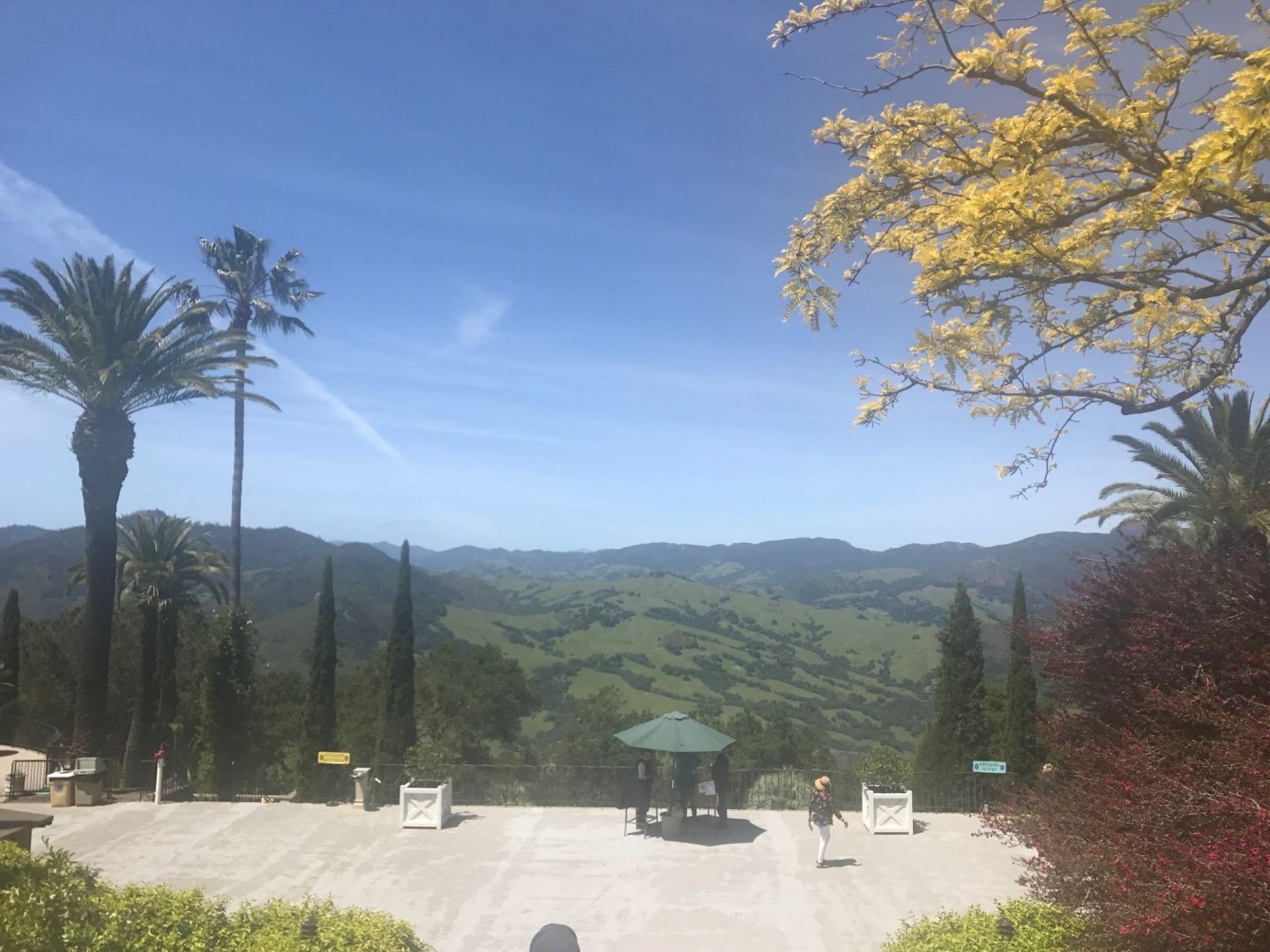 They do have other tours available to see the upstairs, which I would recommend. The tours all last about an hour, not including travel time in the shuttle, so you can easily schedule a few tours in a day. 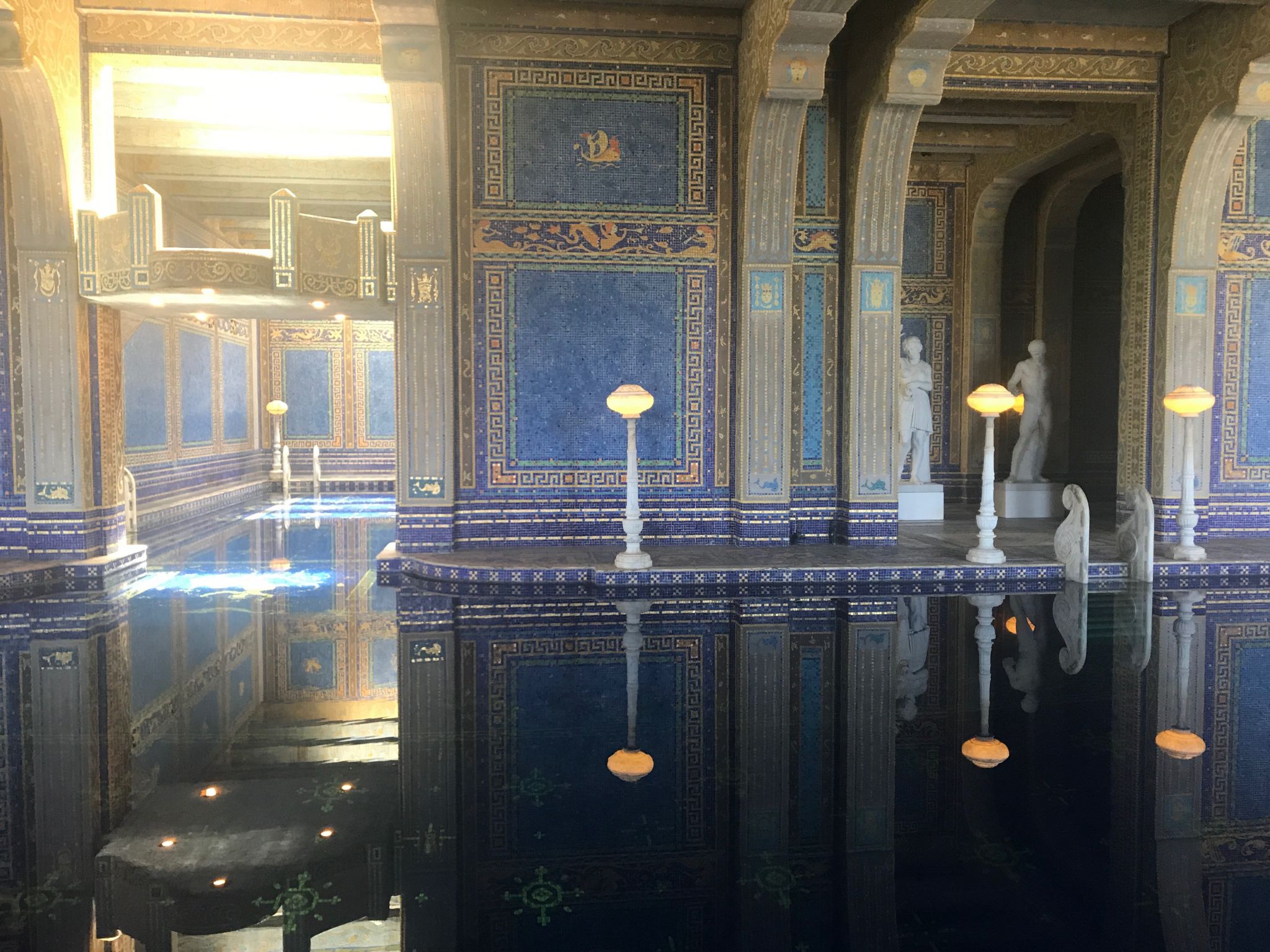 There a few pools at the Hearst Castle, the most popular one is the Neptune Pool which was under construction during my visit (April 2017) because it leaked up to 500 gallons of day in water (eek we were in a drought for 5 years prior, like WTF). However, there is the grand indoor pool (picture above) which is the last thing you will see as you exit your Grand Tour. ENJOY!