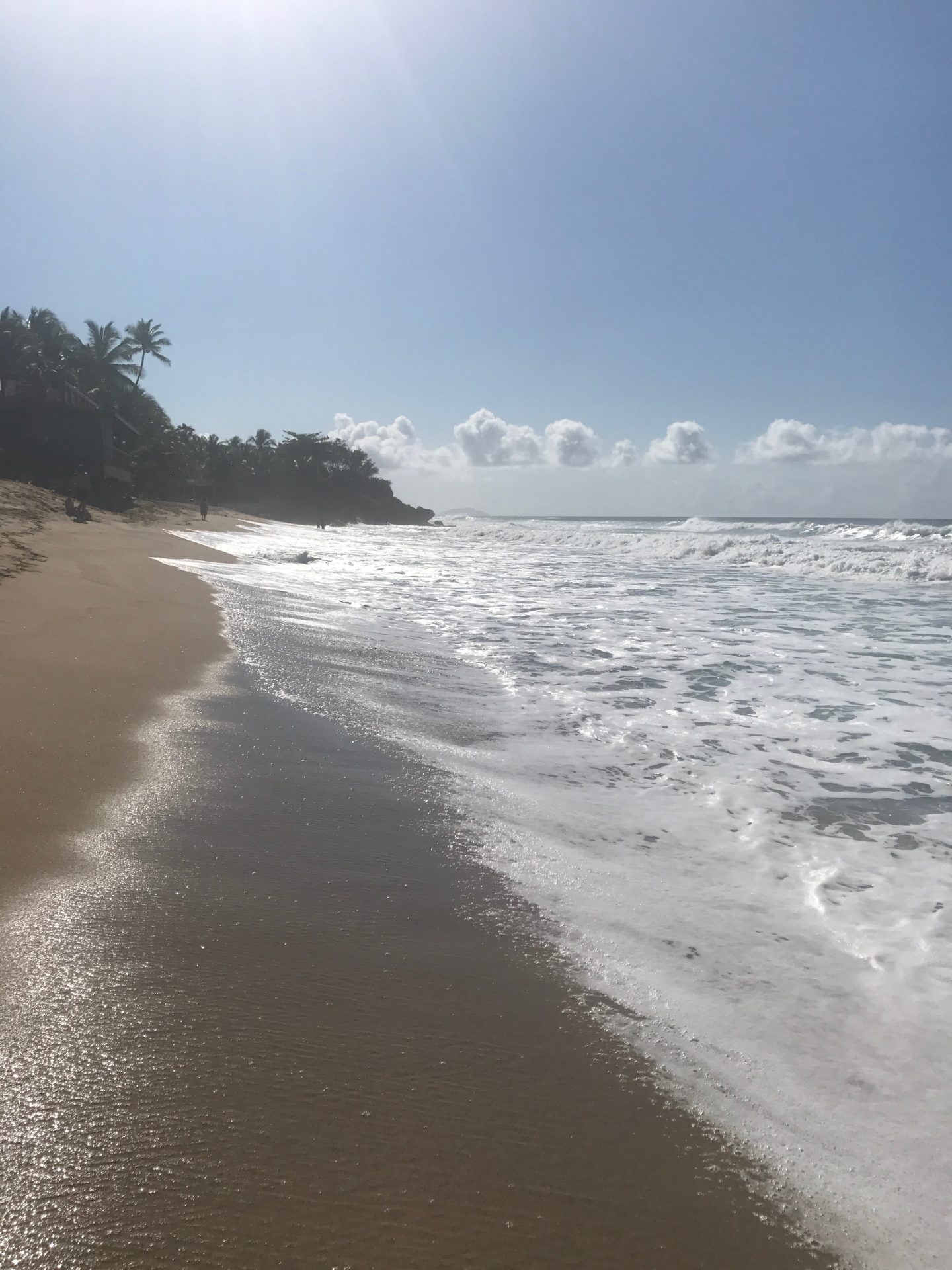 Hey There All! In my last blog post I talked about some possible day trips from San Juan including El Yunque National Rain Forest as well as Luquillo Beach and Kiosks. This next post talks about an amazing beach town we got to check out, Rincon as well as adventures in Fajardo. 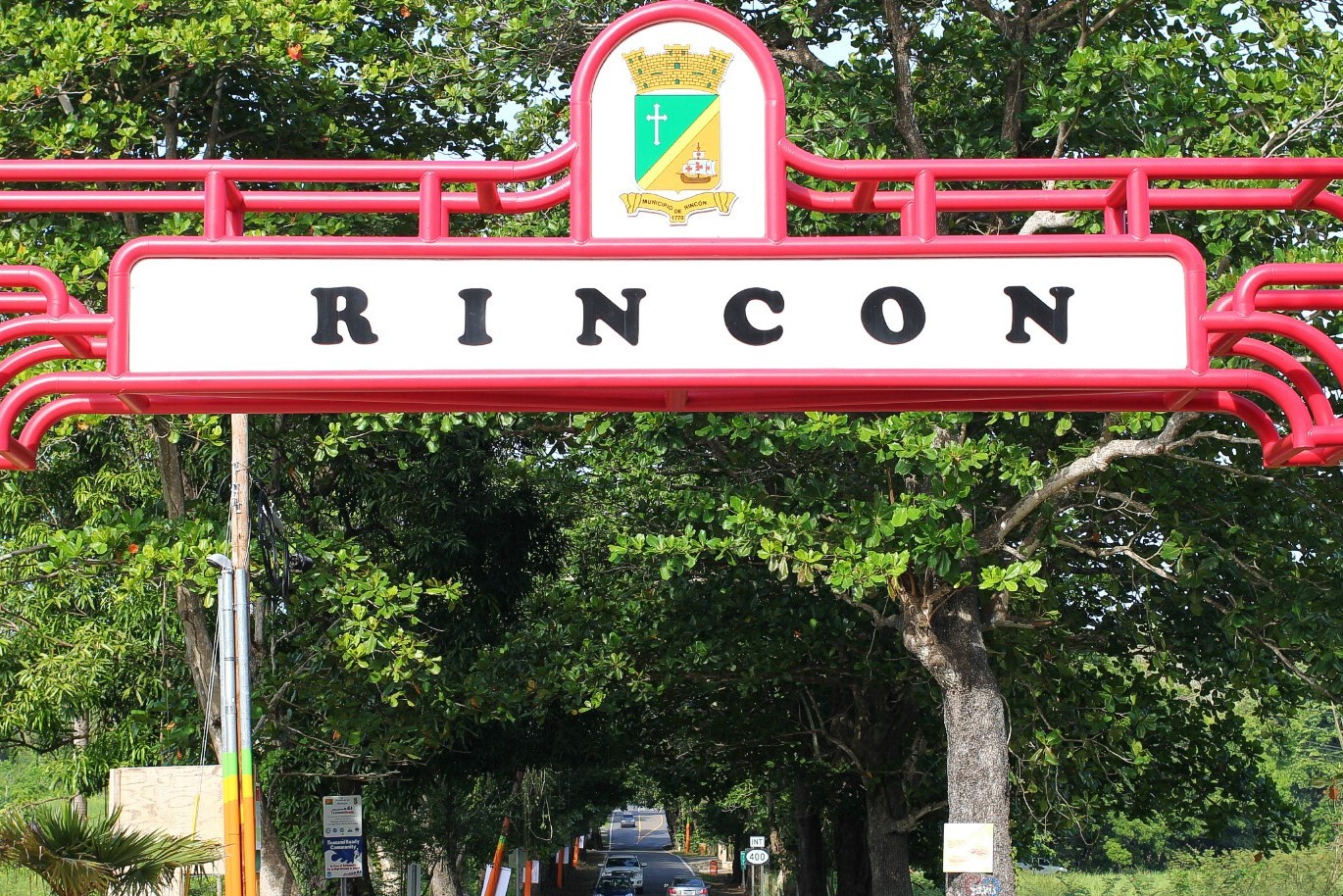 Think Santa Cruz and San Diego (if you’ve been to either of those areas) and recall the small beach towns that encompass that region. That was the feel of Rincon. It was a super cute small beach town with restaurants right on the water, surfers, dog lovers, and chilled drinks (aka ‘the life’). It take about 1.5-2 hours from San Juan but the drive goes pretty fast because you get to drive along some scenic part of Puerto Rico and there’s not a lot of traffic on the way there. 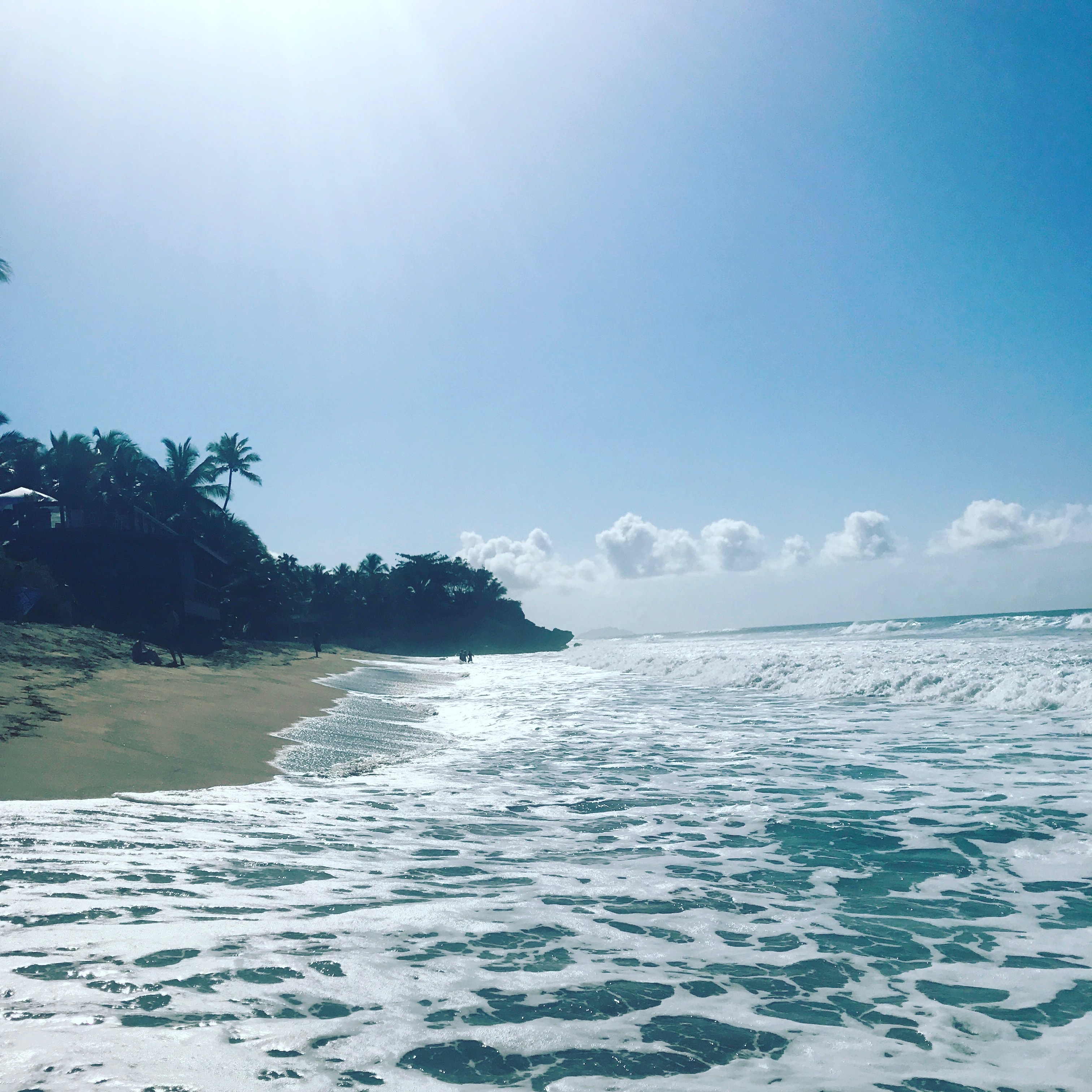 There are a few places you can go to in Rincon and even a few landmarks to see if you’re nearby. The most popular landmark being the lighthouse located in Rincon. It is situated right on the coast so you can get some spectacular views of the Western portion of the island. However, Rincon is known for having great waves for surfers and uncrowded beautiful beaches so don’t spend too much time at the lighthouse. 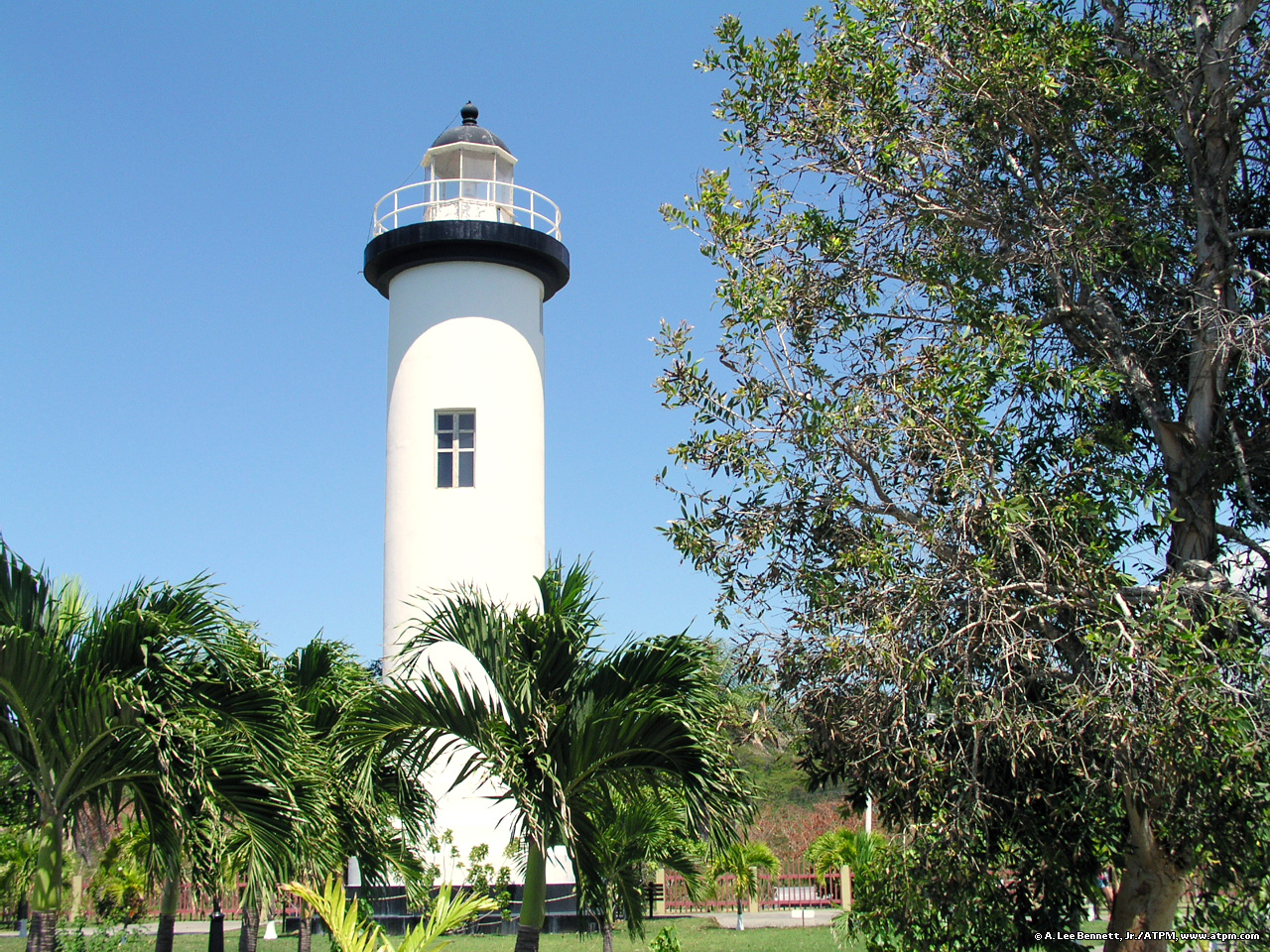 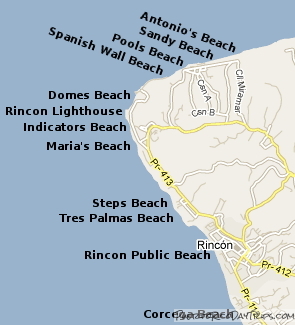 We chose to go to Sandy Beach since we weren’t planning on doing too much surfing but considered getting in the water and maybe doing some boogie boarding and/or body surfing. Sandy Beach was perfect for that because the water isn’t completely calm, but definitely calm enough to do some amateur water boarding activities. Also, this beach wasn’t very crowded when we went in March and were able to find a nice spot to lay our towels and stuff down. 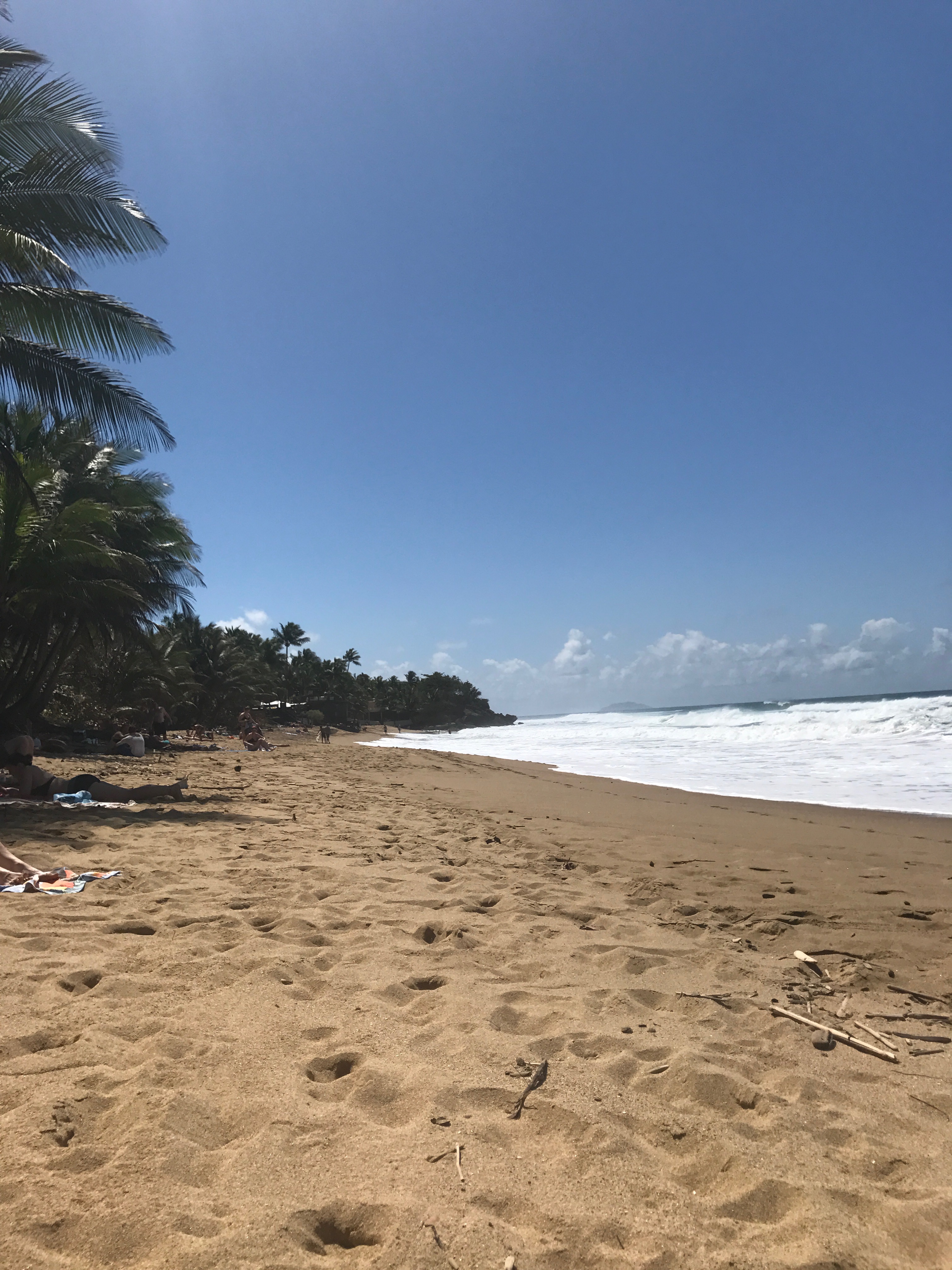 The great thing about Sandy Beach was that it was already lined with several restaurants and small bars so you could escape to those for food, drinks, and shade in case you get too hot. Also if you’re thinking of staying in the area there are a few lofts and vacations rentals located on the beach. 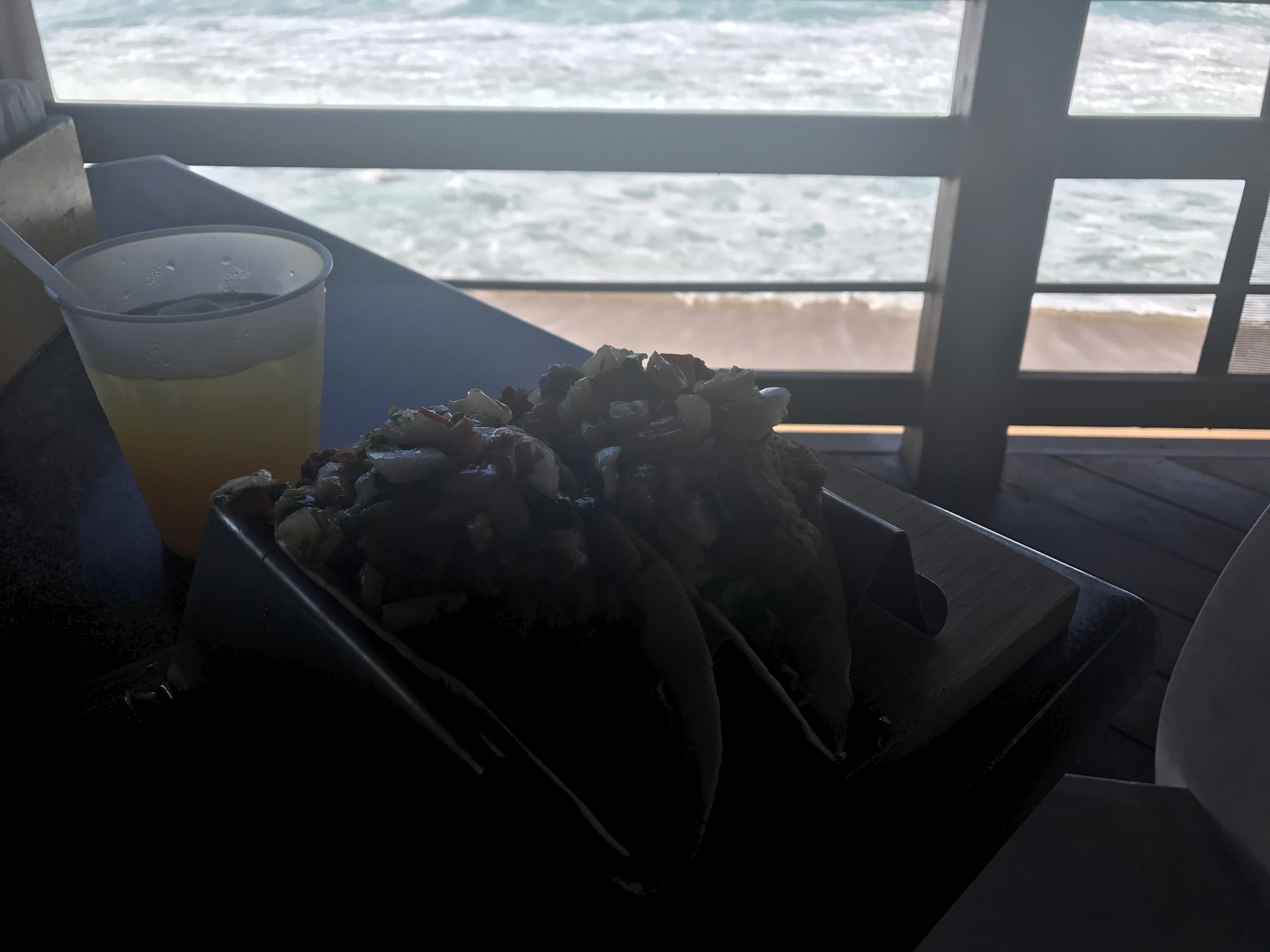 Travel Tip: Make sure you have a decent driving car if you do choose to go to Sandy Beach. The hills are very steep and the roads are extremely narrow as you get closer to Sandy Beach. Also watch out for large iguanas and/or other wildlife, because they totally exist and live there. 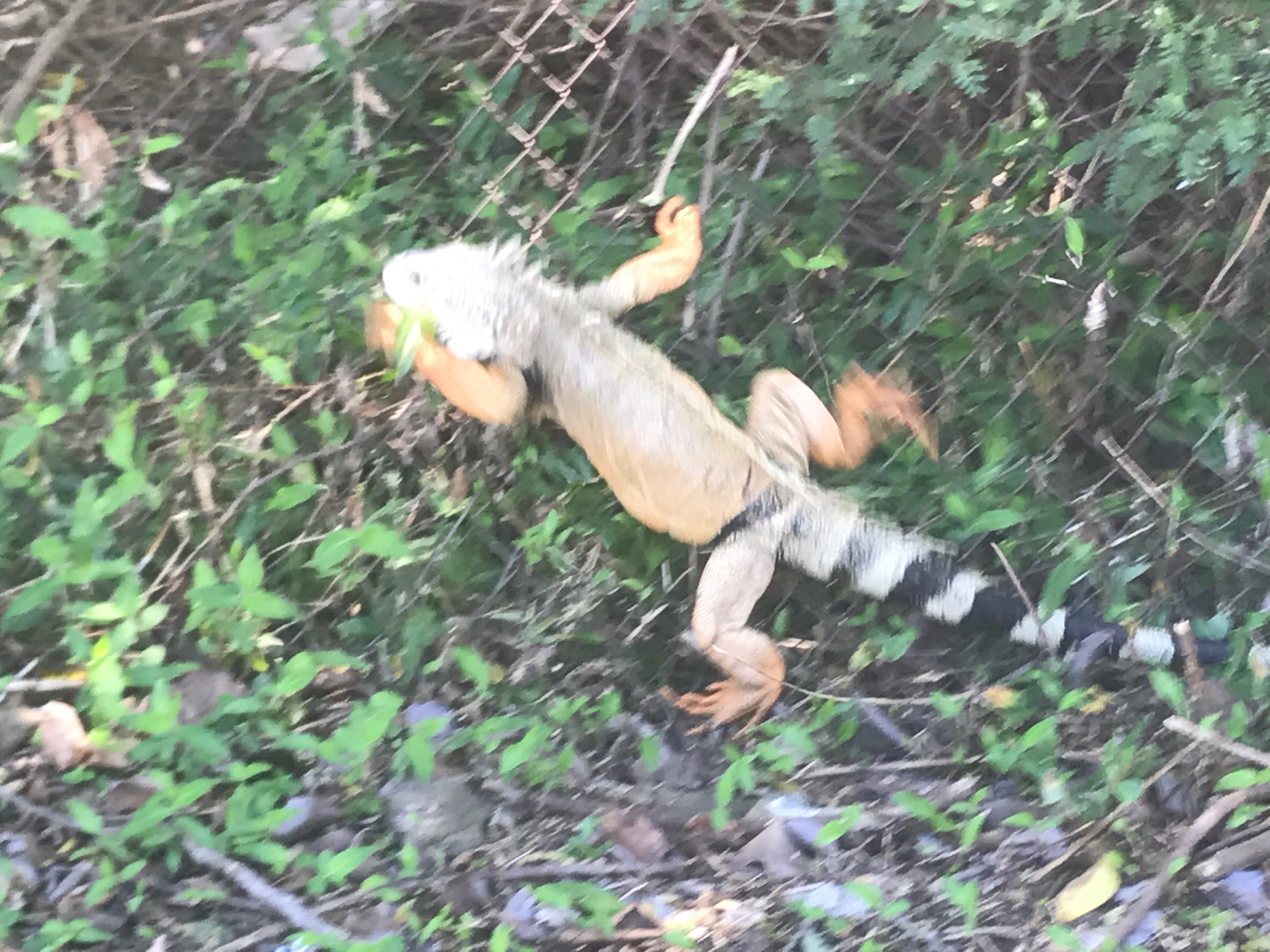 Fajardo is primarily a port town located about an hour east of San Juan. There is not really much to do in Fajardo unless you’re taking a cruise ship to one of the nearby islands (which you definitely should) or doing a water sport/activity off the shore. 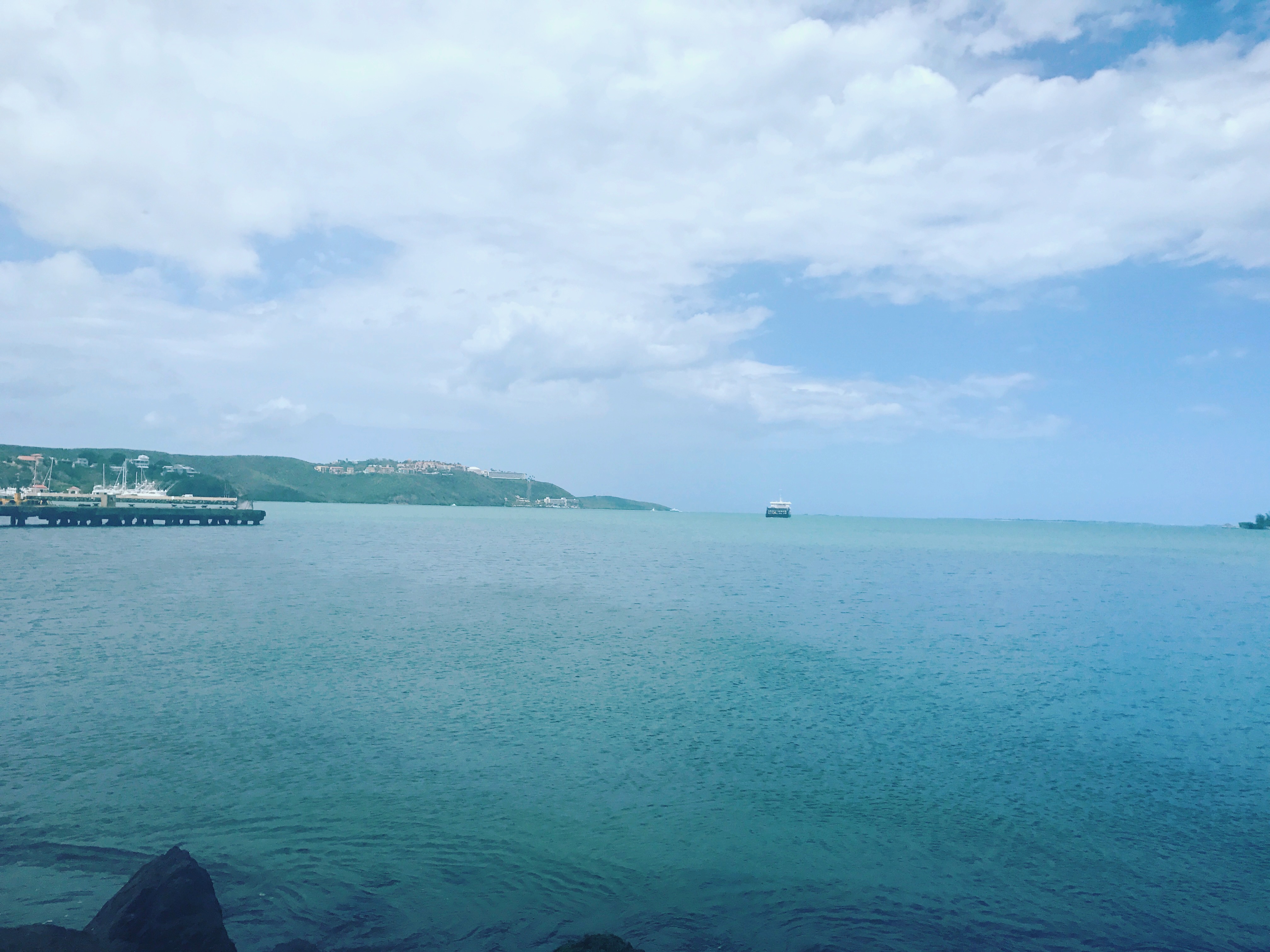 Important Travel Tip: If you’re trying to visit the islands of Culebra and Vieques, which was highly recommended to us, the ferries leave the docks of Fajardo. Tickets to these islands sell out really quick and are on a first come first serve basis, above is the daily schedule for the ferries. If you are planning on going to either of these islands make sure you buy your tickets in advance online through a third party or you’ll have to get to Fajardo by 7 am the morning of and buy your ticket for the 9 am boat that departs that day. We totally F%$^&ed up (still upset about it today) and were not able to go to either island, so don’t make the same mistake we did! 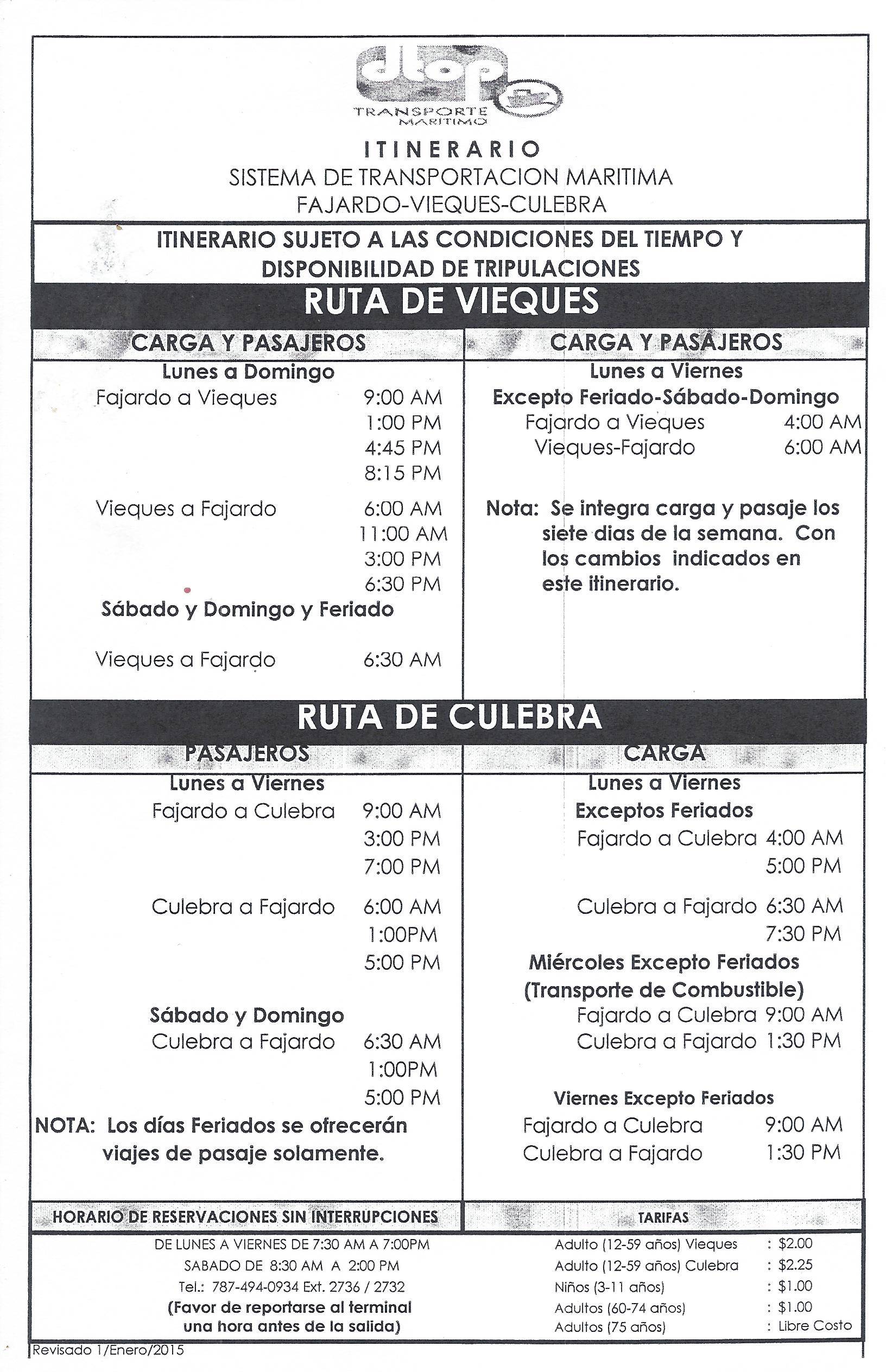 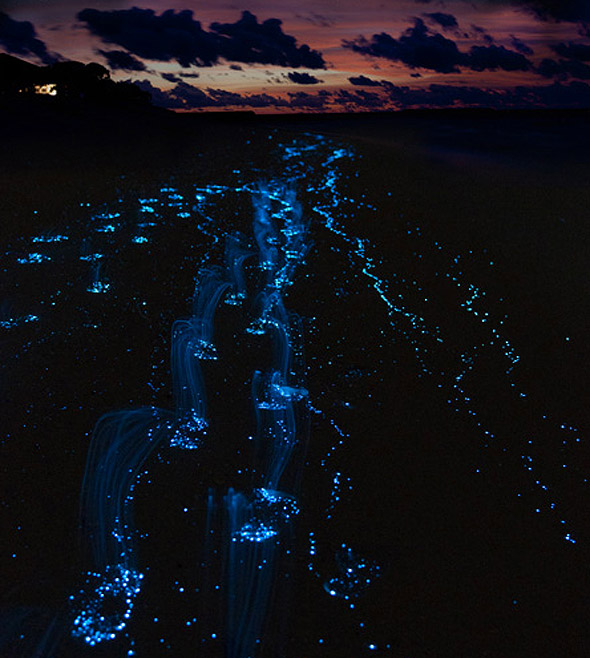 As of 2016, the bioluminescence in Fajardo has significantly decreased due to a chemical contamination and the areas in Lajas (I was told) was also affected. We went on our tour from Fajardo and it was pitch black at Laguna Grande.  I would recommend that you make the trip to Vieques because it was not affected by the chemical contamination. However if you do choose to go to Vieques you need to plan ahead and prepare for accommodations because there are no boats that go to and from the mainland at night. 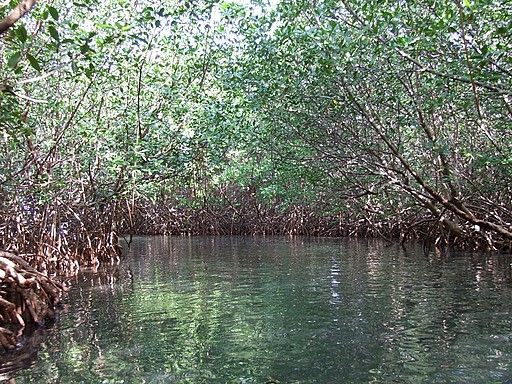 Regardless of whether you’re going for the bioluminescence I would recommend trying the kayaking experience. It does seem a little intimidating at first since you are doing it at night, but kayaking through the mangrove channel (photo above) to Laguna Grande turned out to be really fun. TIP: We chose the earlier tour time so on the way in you kayak in the light/sunset and the way out you kayak in the dark. That way you only kayak in the dark once- just enough to get the experience! 😉 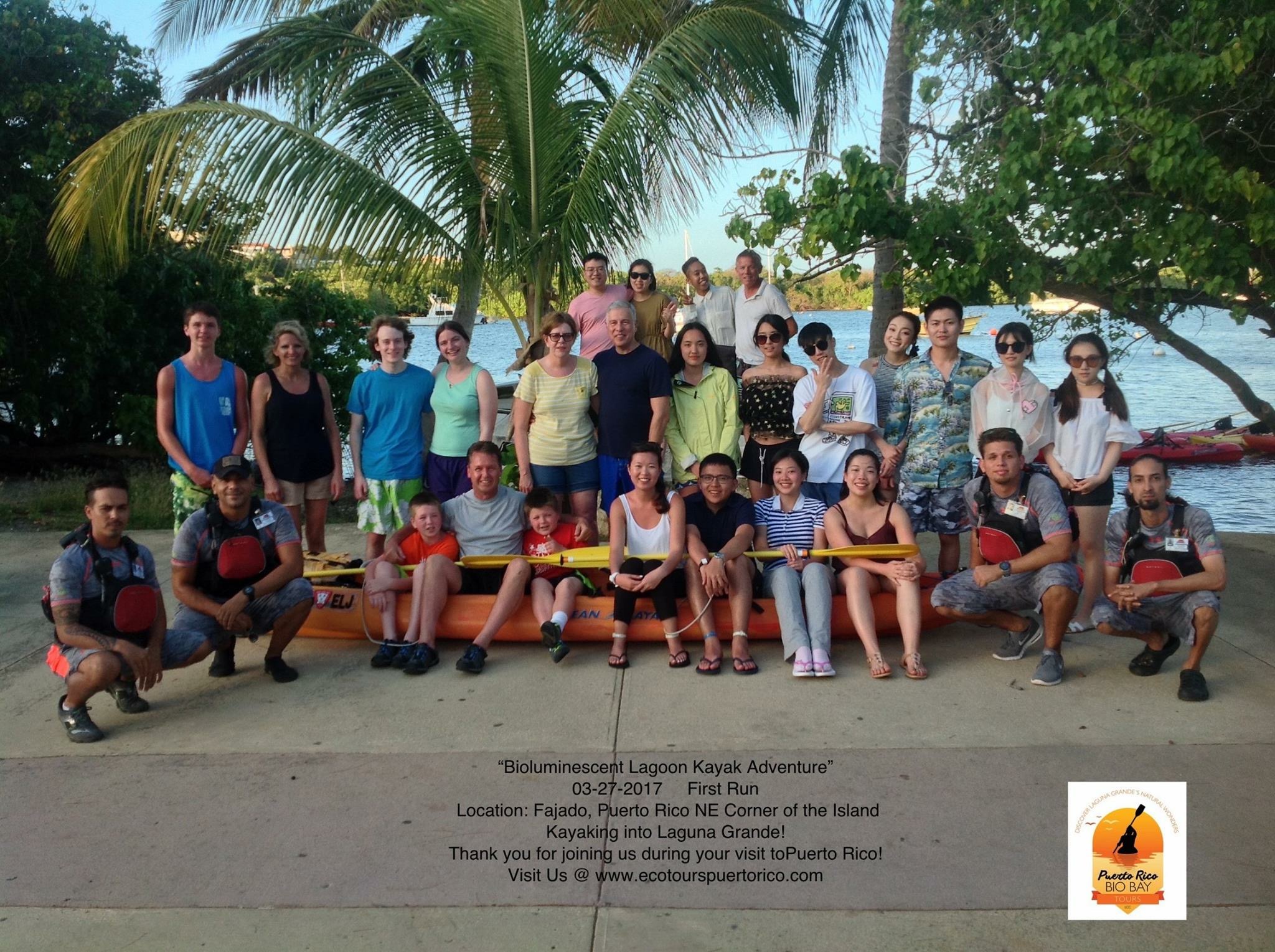 There are a TON of other people and tours that will join you outside of your tour group (up to 400 people) as you go through the mangroves to the lake. The water is extremely calm and many people are kayaking for their first time so traffic moves really slow and steady. Note: This is totally a team building activity (almost killed my fiance at certain parts) just an FYI. Below is a photo of our tour group, we had a blast! Thanks Enchanted Island Eco Tours!